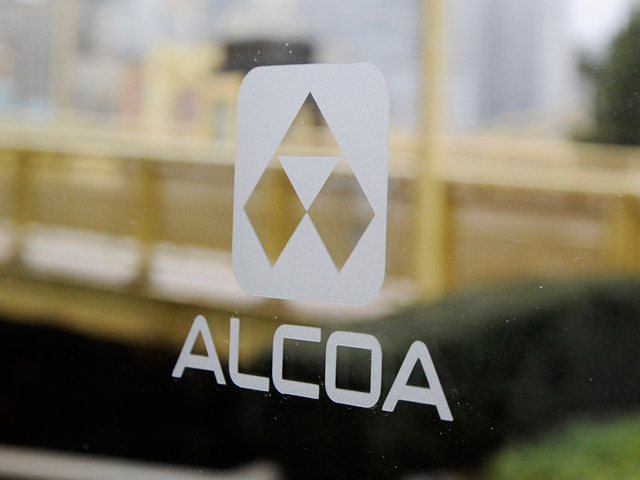 (AP) Alcoa Inc. opened the second-quarter earnings season on Monday with a $2 million loss. The aluminum maker is the first of what's expected to be a number of companies reporting lower results because of the sluggish global economy.

Alcoa posted break-even earnings per share. Revenue fell 9 percent to $5.96 billion, primarily because of an 18 percent drop in aluminum prices from a year ago. The results included one-time items of $63 million. Excluding those Alcoa earned $61 million, or 6 cents a share.

Analysts surveyed by FactSet expected Alcoa to earn 5 cents per share on revenue of $5.83 billion. Analysts typically exclude one-time items. They had lowered their estimates for Alcoa in recent weeks because of weaker prices, high inventories and tepid economic growth.

A number of companies have cut their second-quarter earnings forecasts, as some European countries slide into recession and growth slows in the U.S. and China. Analysts expect earnings for companies in the Standard & Poor's 500 index to decline 1 percent in the quarter compared with the year before, according to S&P Capital IQ, the research arm of S&P. If that happens, it would break a streak of 10 quarters of gains that started in the final quarter of 2009.

Alcoa's performance reflects broader economic trends because aluminum is used in a wide range of products from airplanes and automobiles to beverage cans and consumer electronics. It is the first company in the Dow Jones industrial average to report earnings, so investors often watch its results for signs of how earnings may unfold for other companies.

The news was not all bad for Alcoa. The company said demand improved from the automobile and aerospace industries, packaging and commercial transportation. Analysts expect auto makers to have a record sales year and aircraft makers like Boeing are ramping up production. Overall shipments were up about 3 percent from a year ago.

But Alcoa's sales to the construction industry were weak, as the housing industry struggled to get back on its feet.

"Although aluminum prices are down, the fundamentals of the aluminum market remain sound with strong demand and tight supply, and Alcoa is successfully capitalizing on accelerating demand in high-growth end markets such as aerospace and automotive," Klaus Kleinfeld, Chairman and CEO, said in a statement.

Price, rather than demand, is of more concern for aluminum producers because it is difficult for them to make a profit when the price is below $2,000 per metric ton, Morningstar Inc. analyst Bridget Freas said. Recently the price has been around $1,900 a ton.

Alcoa stuck with its forecast for a 7 percent increase in global demand this year and predicted that there eventually be a global aluminum supply deficit in 2012. Kleinfeld told analysts on a conference call that China is curtailing production, which he expects to bring the global inventory surplus into balance.