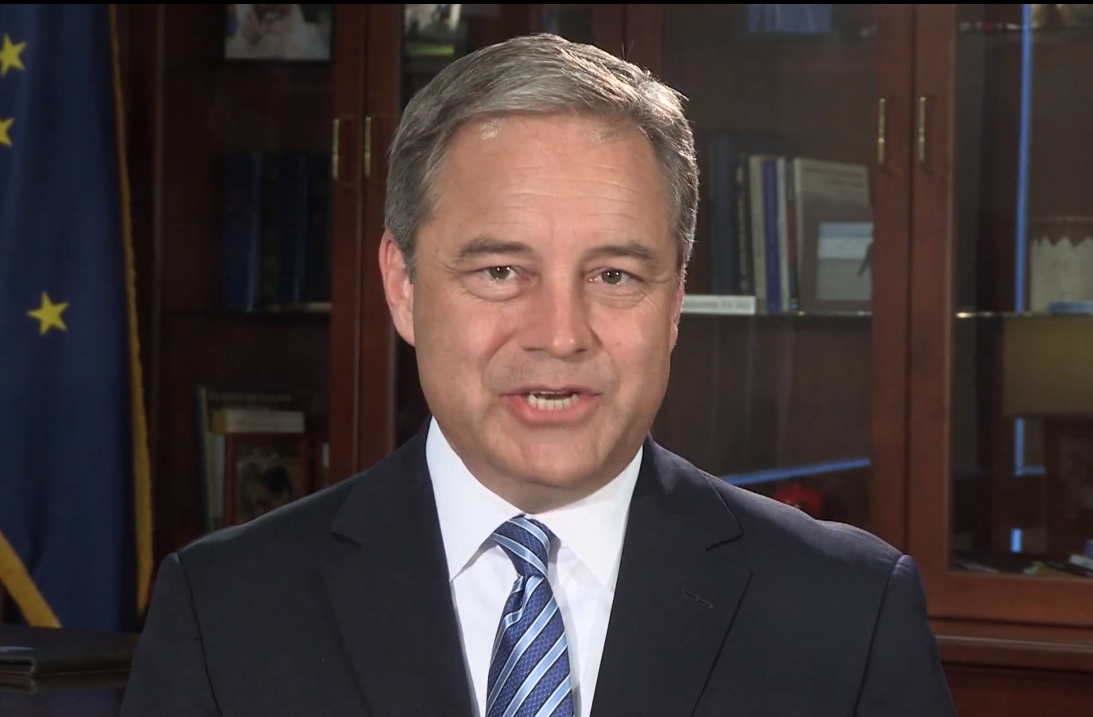 Gov. Sean Parnell, R-Alaska, accused Democrats of stifling domestic energy production and inhibiting job growth in the weekly Republican address on Saturday, reopening the debate about drilling for oil and gas in the Arctic National Wildlife Refuge and calling on the Senate and the White House to approve the Keystone XL oil pipeline.

"Most Americans agree that energy independence is good for America, for both national security and our balance of trade," Parnell said, "but we need our president to allow our nation to grow the energy economy for the benefit of our families."

"Too often, however, the federal government is less than nimble about permitting projects on its own lands," he said, arguing that the delayed permitting inhibits job creation.

Parnell offered to expedite domestic energy production by partially financing with state funds the exploration of federal lands in Alaska to determine how rich in energy they are. He specifically mentioned the wildlife refuge, known as ANWR, touting the development of a "seven-year exploration plan to complete studies and exploration on this federal land."

"For this effort," he said, "I'm prepared to seek up to $50 million from the Alaska legislature to help the federal government pay for developing this valuable information from its own land."

Drilling in ANWR has long been a bone of contention between Republicans, who see it as a huge untapped resource, and Democrats, who worry about what energy production in ANWR would do to the pristine Alaskan wilderness. Since President Clinton vetoed a bill that would have opened ANWR to oil exploration in 1995, the issue has been bandied about by both sides of the aisle in an effort to score political points on energy policy.

Perhaps mindful of this combative history, Parnell explained that while "we've had this ANWR debate" before, the federal government does not have "current data on its true energy potential."

Parnell also called on the Senate and the White House to approve the Keystone XL oil pipeline that would transport crude oil from Canadian tar sands to oil refineries on the Gulf Coast, saying the project would create 20,000 jobs.

"This common-sense energy infrastructure project is truly shovel-ready, and yet the White House threatened it with a veto," Parnell said.

Taken together, Parnell said, Democrats' reluctance to offer speedy approval to a variety of domestic energy initiatives, from ANWR to Keystone and offshore drilling, is "not the 'all of the above' energy strategy that the president promised."

"If Washington, D.C., would start working with states to unlock access to federal lands, an economic boom would be felt across this nation, lifting wages and creating hundreds of thousands of good-paying jobs and improving our national security through energy independence," said Parnell. "America's resources belong to Americans. They should be unlocked for our benefit and not locked up by Washington."

Meanwhile, in his weekly address, President Obama pitched his ideas for job creation, touting immigration reform and infrastructure development as the cure for what ails the American job market.

He specifically cited the bridge that collapsed last week in Washington state as evidence that the nation's "crumbling" infrastructure needs updating.

He also called on Congress to pass a bill allowing "responsible" homeowners to refinance their mortgage at historically low interest rates.

"To keep our housing market and our economy growing, Congress needs to step up and do its part," the president said, "and we can't let partisan politics get in the way."