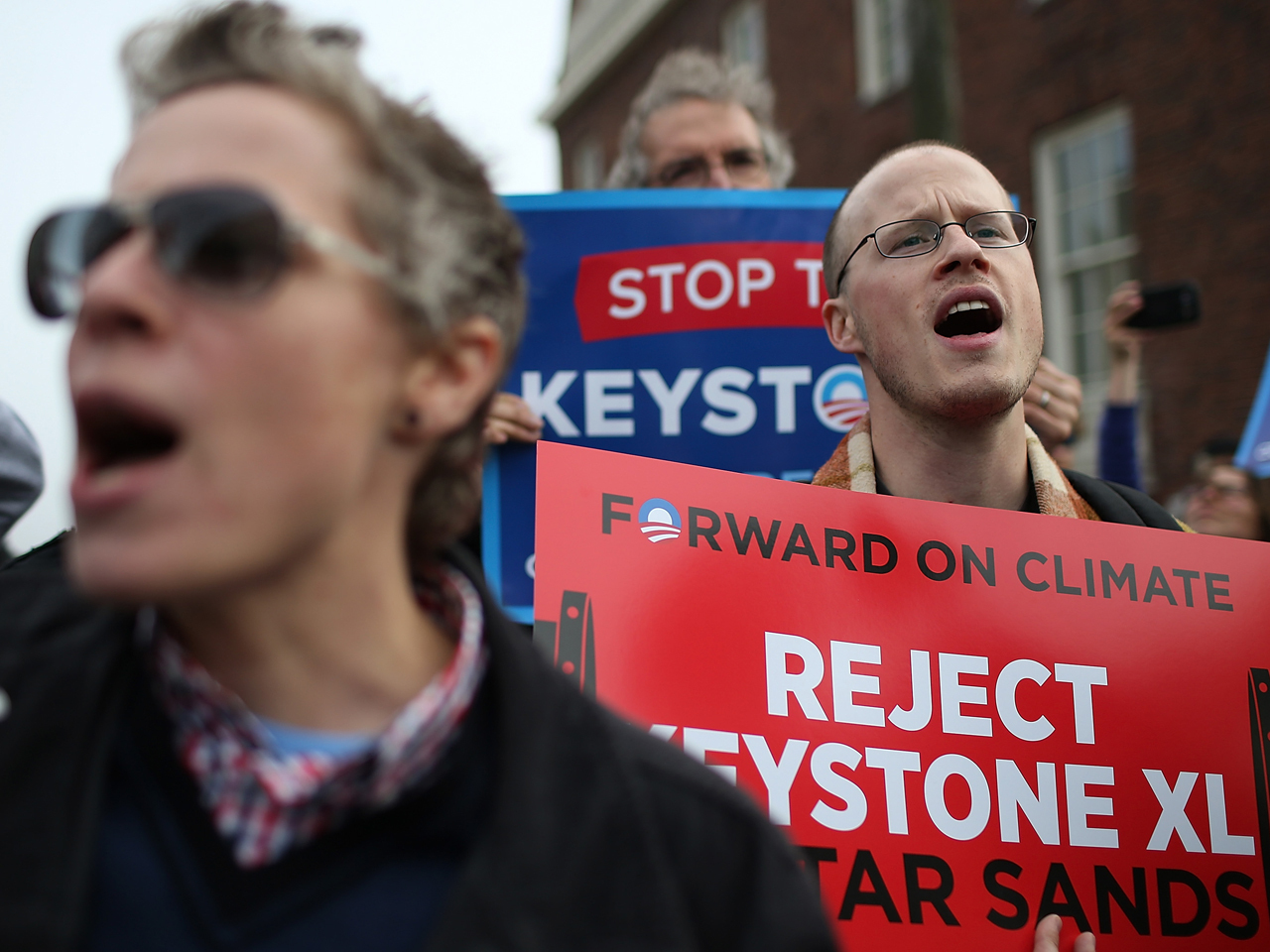 SAN FRANCISCO President Obama is raising money for the Democratic Party in California, eager to weaken his Republican opposition in Congress even as he confronts protests from his liberal flank over a contested oil pipeline project awaiting approval from his administration.

Mr. Obama was attending four fundraisers for Democrats in the San Francisco area Wednesday and Thursday, urging donors to help wrest the House away from Republicans and to reinstate House Democratic leader Nancy Pelosi as House speaker.

Environmental activists protested the pipeline, known as the Keystone XL project, outside one of the events, and his host at another is a vocal opponent of the project. The pipeline would transport oil from Canada's tar sands to Texas Gulf Coast refineries.

"No pipeline for the 1 percent," demonstrators chanted about a block and a half from the Pacific Heights home of composer and philanthropist Gordon Getty, who was hosting a dinner fundraising event.

At a cocktail reception earlier, Mr. Obama did not address the pipeline, but discussed the environment broadly. The reception, for 100 donors who contributed between $5,000 and $32,400 each, was held at the home of Tom Steyer, owner of a capital management firm and who with his wife, Kat Taylor, finance environmental causes. Steyer opposes the pipeline.

The president said he needed Pelosi as a "fully empowered partner" to tackle issues such as climate change and to boost the economy.

But he cautioned that in pressing environmental issues, he also needed to keep in mind the economic needs of struggling Americans.

"The politics of this are tough," he said. "If you haven't seen a raise in a decade, if your house is still $25,000-$30,000 underwater, if you're just happy that you still have that factory job that is powered by cheap energy ... you may be concerned about the temperature of the planet but it's probably not rising to your No. 1 concern."

He added, "Part of what we're going to have to do is to marry a genuine, passionate concern about middle class families and everybody who's trying to get to the middle class to show that we're working just as hard for them as we are for our environmental agenda."

Mr. Obama made his remarks just hours after pressing for legislation to tighten gun laws to an audience in Denver. Wednesday evening's events were to benefit the Democratic Congressional Campaign Committee, which assists candidates for the House. Thursday's events will be to raise money for the Democratic National Committee.

Keystone opponents did not demonstrate at Steyer's home, given his opposition to the project.

"No doubt Tom Steyer, who is deeply committed, is going to be delivering a strong message to the president when he talks to him in person," said Becky Bond, the political director of CREDO, a liberal activist group that organized the protest outside Getty's home.

Getty and his wife, Ann, were hosting Mr. Obama at a fundraising dinner for an expected 75 donors who contributed $32,400 per person.

The State Department, which has final say on the Keystone pipeline because it crosses an international border, issued an environmental report on the pipeline last month that found no evidence to block the project, raising worries among opponents that the administration was on track to give its OK. A public hearing on the report is scheduled for this month.

Mr. Obama has been under pressure from environmentalists to scuttle the project, whereas labor unions and Republicans have been pushing for its approval because of its potential to create jobs.

The project has received renewed attention in recent days because of an Exxon Mobil pipeline rupture in Arkansas on Friday that prompted the evacuation of nearly two dozen homes in the town of Mayflower in the central part of the state.

"When an incident like what has happened in Arkansas occurs, there are procedures in place. The EPA takes the lead; the responsible party is held responsible, as is the case in this situation," Carney said.

As for Keystone, he said, "We've seen over time that there are strongly held views on this issue, on both sides. And the president is following a process that has been in place for quite some time, through multiple administrations of both parties, and that is the way it should be."