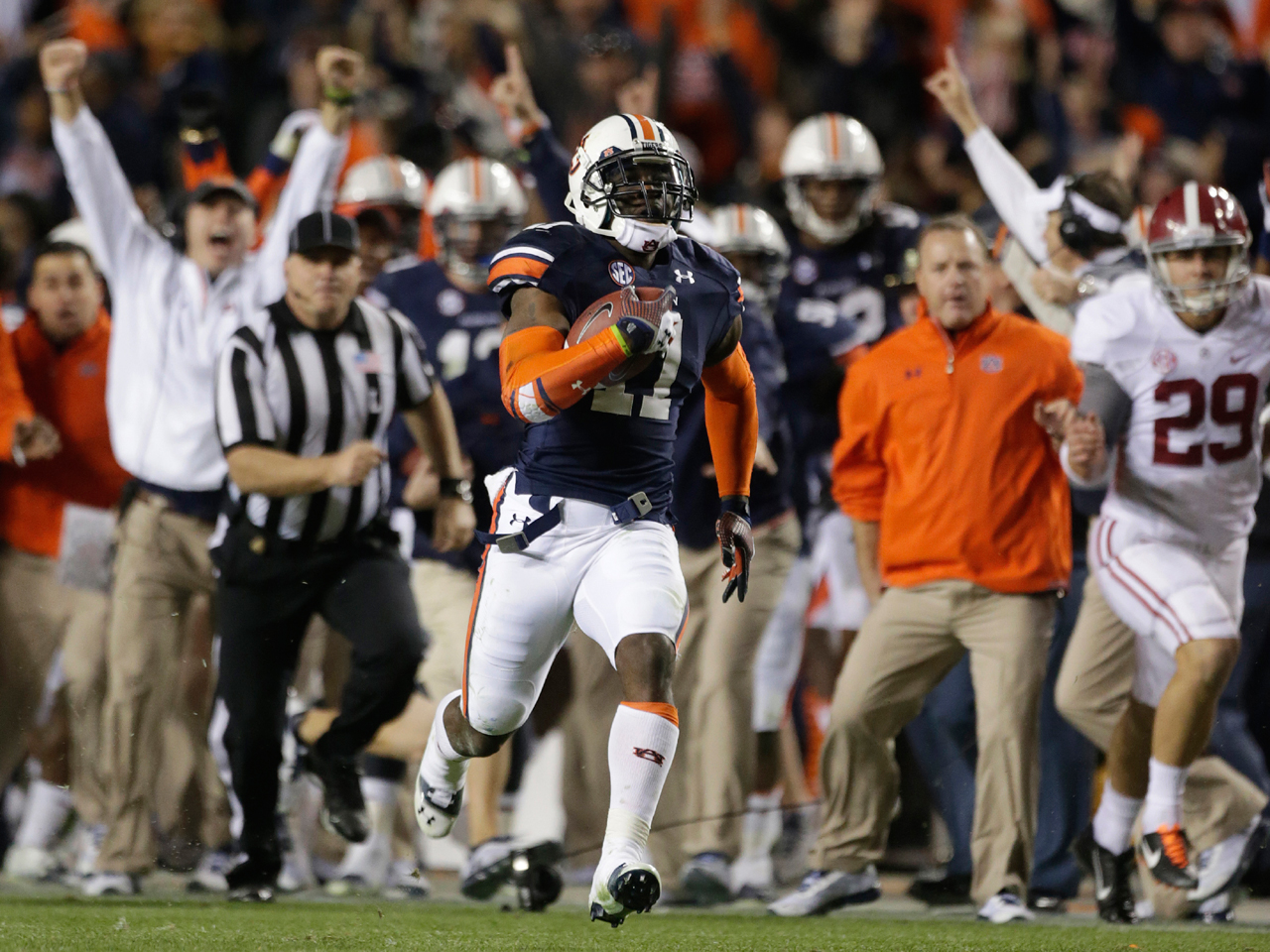 One tweet reportedly urged him to “drink bleach” and another said: “Cade foster I’m gonna kill you and your family just FYI.”

Several others told Foster to kill himself and used homophobic slurs to deride the Alabama kicker.

The initial negative backlash after Saturday’s 34-28 defeat mostly turned supportive by Sunday. A fan page titled “Bama fans supporting Cade Foster” was started on Facebook after the game and was approaching 40,000 “likes” by Sunday afternoon. It included a message that negative posts would be deleted.

Alabama quarterback AJ McCarron posted on Twitter that “we win & lose as a team. If u blame this on 1 guy U aren’t a true fan!”

Linebacker C.J. Mosley was even more emphatic with a tweet urging “fake” and “spoiled” fans to “stop sending threats to my teammates.”

Auburn wound up winning on the final play on Chris Davis’ 100-yard return of a missed 57-yard field goal attempt by Adam Griffith, who tried the potential game-winning kick in place of Foster.