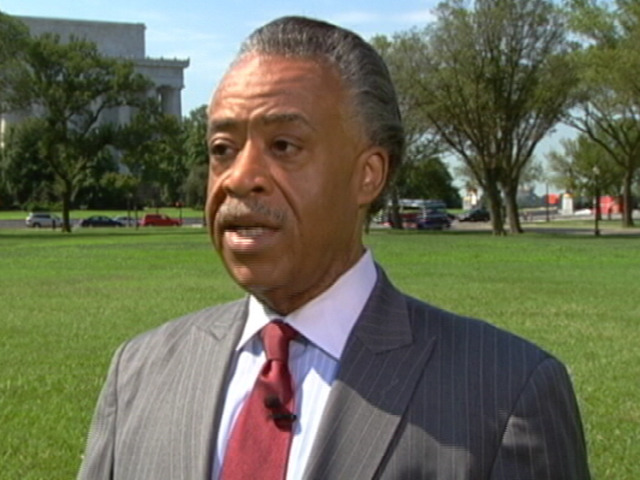 Rev. Al Sharpton told CBS News today that Glenn Beck, who is hosting tomorrow's "Restoring Honor" rally at the Lincoln Memorial, is offering a very different message from the one offered by Dr. Martin Luther King Jr. in his "I Have a Dream" speech there 47 years earlier.

Beck's statement that he is reclaiming the civil rights movement, Sharpton told CBS News' Wyatt Andrews, reminds him of earlier claims that King was a communist.

"When Dr. King and others came here in '63 to ask the government to protect the civil rights of people and the economic rights of people, they came to ask government to protect them from local states that were robbing them of economic and civil rights," said Sharpton, who is hosting a rally of his own tomorrow. "...Glenn Beck is coming here to ask government to leave us alone, so he's trying to reverse what King did and there are those of us who are not going to allow that to happen."

"They're saying 'we're talking about the honor of America,' they're saying 'we're talking about restoring dignity,' there is nothing more dignified than our country coming together and making sure that everyone has equal opportunity," said Sharpton. "That's not communism, that's really what this country is supposed to stand for and what Dr. King gave his life for." (Watch a portion of the interview at left.)

Beck says the fact that his rally is being held on the anniversary of King's speech is a coincidence, though he has embraced said coincidence and suggested he is trying to reclaim the civil rights movement. The conservative radio and Fox News host has said that King's legacy does not only belong to African-Americans.

Sharpton told Andrews that while King stood for the government helping poor Americans, Beck deems that "socialism" and "government ruling our lives."

"It couldn't have been more of a contradiction," he said.

"When you start saying you're going to reclaim the civil rights movement that's not even coded, that's a blatant attempt the highjack a movement that changed America," added Sharpton.

Sharpton said his rally is "going to stay way away from" Beck and the "Restoring Honor" rally.

"I'm going to let him have the stage to himself and people will judge for themselves whether that has anything to do with civil rights," he said.

What is the QAnon conspiracy theory?
Brian Montopoli