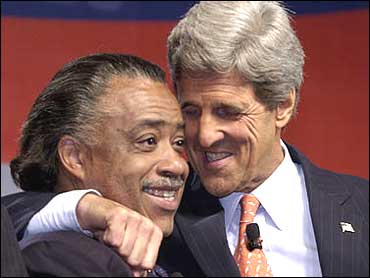 The Rev. Al Sharpton is joining CNBC as a political commentator for its coverage of the upcoming Democratic and Republican National Conventions, the network announced Thursday.

The outspoken civil rights leader and former candidate for the 2004 presidential nomination will share his views on "Capital Report," "Dennis Miller " and the new "McEnroe" (scheduled to premiere in July), among other CNBC shows.

"Having run for the Democratic nomination, Rev. Sharpton brings to our viewers an insider's perspective on presidential politics," said Cheryl Gould, supervisor of CNBC's political coverage.

Sharpton, a 49-year-old New York native, was ordained as a minister when he was 10, and has long reigned as a social activist and media personality. In December, he was guest host of "Saturday Night Live."