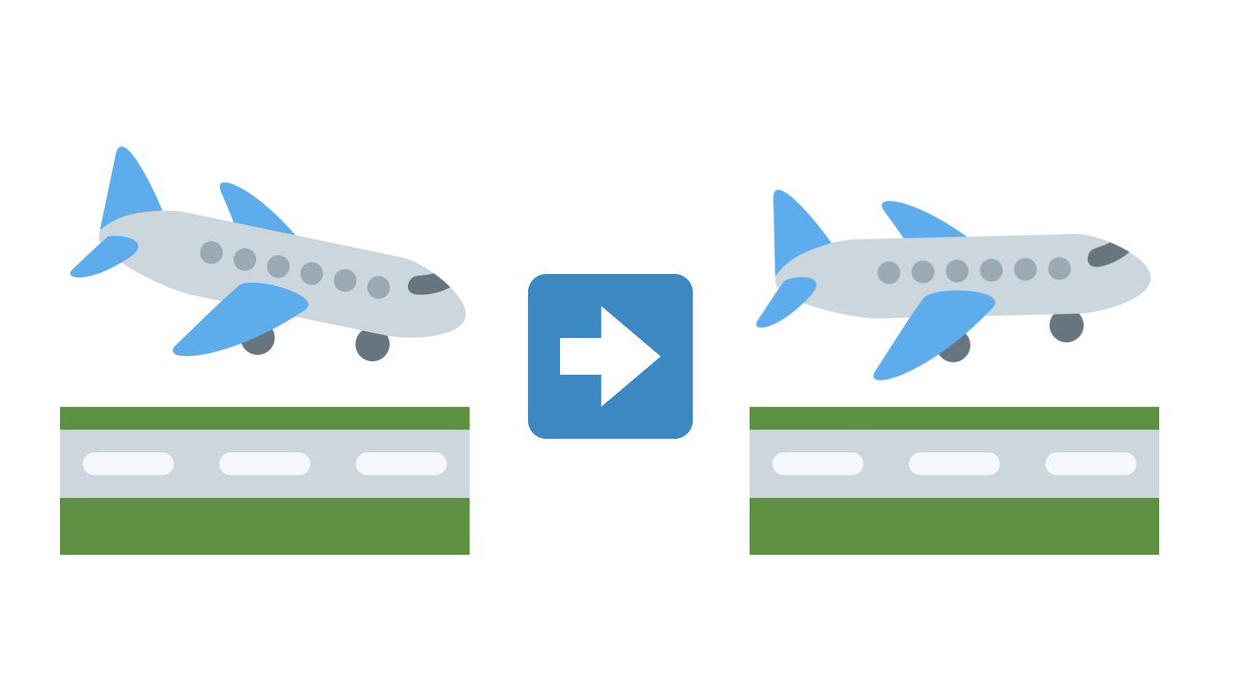 Airports and aviation enthusiasts across the country took to Twitter on Tuesday with a humble request: to make the plane emoji a little less "crash-y."

The Dallas-Fort Worth Airport Twitter account sent out an appeal to Unicode, the organization behind the nearly 3,000 symbol emoji language, asking that the image of an airplane preparing to land not tilt nose-downward toward the runway.

"Loving the new emojis," they wrote, but added: "On behalf of #AirportTwitter and pilots everywhere, we'd like to kindly request a re-angling."

Other airports around the country jumped in with their approval, using GIFs to show their support.

In reality, commercial aircraft land on their back gear first and angled slightly upwards, the exact opposite way the plane is depicted in the emoji, said Craig Civale, the senior manager overseeing social media at Dallas-Fort Worth's airport.

"That's a plane crashing, not a plane landing" Civale said in a telephone interview with CBS News, noting that the airport's tweet was just "tongue in cheek."

The emoji in question, which has the formal name "airplane arrival," was introduced in 2014 and was included in the first-ever universal emoji release, Emoji 1.0, in 2015, according to Emojipedia. While numerous tech giants like Apple, Google and Twitter have their own specific expression of the emoji, Emojipedia broadly defines it as a plane nearing a runway for landing, generally displayed from left to right, with its nose tilted toward the ground.

Others outside of the aviation world have also noticed the design isn't quite right. In its description of the symbol, Emojipedia notes that a plane positioned toward the ground during landing "may result in a crash if attempted in the real world."

"I'm sure DFW [airport] is just having a bit of fun on Twitter and know that if the airplane arrival emoji looked any closer to the airplane departure emoji it would be a bit pointless," said Jeremy Burge, the chief emoji officer at Emojipedia, in an email to CBS News.

Each platform depicts the emoji slightly different. Samsung has one of the most exaggerated designs while WhatsApp's version appeared to be the most realistic. Burge said he's received occasional feedback on the design, but it's not an emoji that gets frequent critique.

"In the end it comes down to personal preference of whether an emoji should be prioritize real-world accuracy or conveying a concept," Burge said. "If it can do both, even better!"