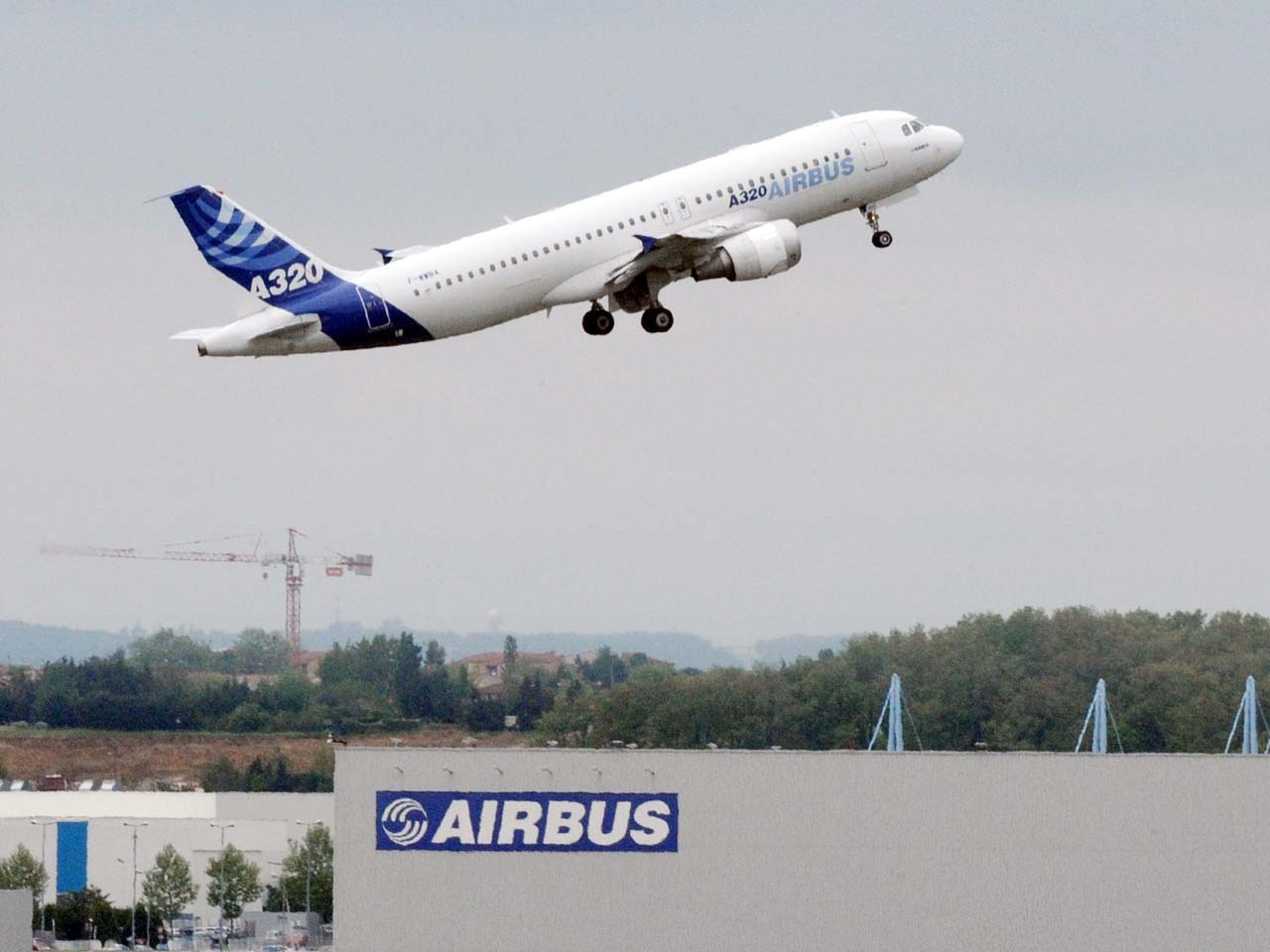 (AP) MOBILE, Alabama - Airbus made it official Monday, announcing it will build an assembly plant in Alabama to make passenger airplanes, giving the European aerospace giant its first foothold in the United States to compete with archrival Boeing (BA).

The plant is expected to cost $600 million to build and will employ 1,000 people when it reaches full production, likely to be four planes a month by 2017. It also will create about 2,500 construction jobs, officials have said.

"We are going to create great jobs and generate growth right here," Airbus CEO Fabrice Bregier said at the convention center in Mobile, where many of the 2,000 people in attendance waved American flags.

Aeropostale, Pacific Sunwear and the struggle to stay "cool"

Aeropostale, rivals unfashionable with Wall Street for quite some time

Boeing has employed hundreds of people in Alabama for years. Airbus, based in France, planned to build refueling tankers for the U.S. Air Force in Alabama, but its parent company, the European Aeronautic Defense and Space Co., lost the contract to Boeing in 2011.

The companies have had a long-running international trade dispute. Each also has been critical of subsidies received by the other.

Airbus plans to manufacture the A320, a widely used plane flown by Delta Air Lines, US Airways and others. The 150-seat plane is generally used on short- and medium-haul flights, and Airbus makes more of them than any of its other planes. They retail for $88 million, although discounts are common for big customers.

Locating in the Southern region of the United States, traditionally unfriendly to unions, likely will mean lower production costs compared with the company's other factories in France and Germany.

Other big manufacturers have found homes in the South. Boeing has a plant in North Charleston, South Carolina, and Alabama is home to plants owned by Mercedes-Benz, Honda, Hyundai and Toyota.

The dean of the business school at the University of South Alabama, Carl Moore, said attracting a company like Airbus could have a transforming effect on Alabama like Mercedes-Benz had when it picked Alabama for its first American assembly plant in 1993.

Mercedes' plant was so successful that it was soon followed by Honda and Hyundai assembly plants and a Toyota engine plant that reshaped the manufacturing economy in a state still reeling from the loss of textile and apparel jobs.

Mobile is already home to several aerospace companies, including ST Aerospace Mobile, Goodrich Aerospace and Star Aviation, and much of the business is based at the 1,650-acre (667-hectare) Brookley Aeroplex, where the new plant will be based. The aeroplex was an Air Force base until its closure in 1969.

While Airbus looks to boost production of its A320, Boeing is ramping up production of its 737, which competes directly with the A320. Both companies are putting new, more fuel-efficient engines on the planes, hoping to extend their appeal as airlines try to cut fuel costs. Airbus made its new-engine decision earlier than Boeing and got a big jump on orders.

The U.S. is a growing market for Airbus. American Airlines ordered 260 A320s last year, and US Airways is buying them as well. However, Delta went with Boeing 737s in a 100-jet order in August.

Airbus already has a facility in Mobile that employs about 230 people designing and installing interior items such as seats and cabin equipment for its big planes.

The Airbus announcement comes as Alabama struggles to recover from the recession. Unemployment has dropped from 10.0 percent in July 2011 to 7.4 percent in May, but part of that drop came from people leaving the work force rather than finding jobs.