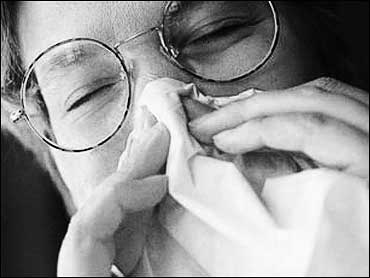 The makers of Airborne tablets have agreed to pay $30 million to settle a lawsuit and federal regulators' charges that they made false claims about the cold-fighting benefits of the fruit-flavored remedies.

The Federal Trade Commission said Thursday there is no evidence that products from Bonita Springs, Fla.-based Airborne Health Inc. "provide any tangible benefit for people who are exposed to germs in crowded places."

The company, founded by Victoria Knight-McDowell and Thomas John McDowell, markets a line of water-dissolving tablets that are sold in pharmacies and grocery stores nationwide.

Airborne's chief executive stressed Thursday that the FTC charges deal with advertising and labeling that the company no longer uses.

The company's Web site provides links to over a dozen studies which it says show "that the key ingredients found in Airborne will help support a healthy immune system." Ingredients include various vitamins, minerals and herbs.

"A class action lawsuit sparked this matter," said Airborne CEO Elise Donahue. "We're just one of many major consumer brands across America that are under assault by class action lawyers."

The FTC action adds $6.5 million to a previous class action settlement in which Airborne agreed to pay $23.5 million in customer refunds and attorney fees. That agreement is pending approval in federal court in California.

After the FTC agreement is approved, Airborne's founders will be barred from making false or unsubstantiated claims about cold prevention products.