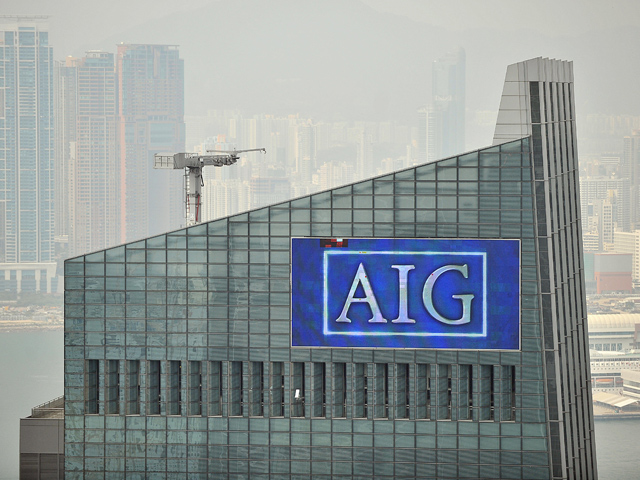 On Thursday, the insurance giant American International Group posted several videos on YouTube, announcing that AIG is proud to be an American corporation.

AIG received a government bailout during the 2008 financial crisis, totaling $182.5 billion. The company was rescued by the government after offering large amounts of insurance on complex mortgage-backed investments that it wasn't able to pay when the U.S. housing market collapsed.

AIG has posted two consecutive years of profits. The company said in a statement in June that it reduced its total government-authorized debt by more than $152 billion. The U.S. Treasury still owns a big stake in the company, but even that has been cut down to about 60 percent from more than 92 percent. The government has made a profit on the stock it has sold.

The company has been on the mend since Robert Benmosche, the former head of MetLife (MET), took over as CEO in 2009. Benmosche sold off large chunks of the company to raise money and pay back its loans to the U.S. government. He also set about rebuilding the company's insurance business.

Benmosche has said no one believed his company would pay the American people back. He has promised not only make taxpayers whole, but also to give back the money plus a profit. The 68-year-old CEO was diagnosed with cancer in 2010 and is undergoing treatment. He has promised to stay on and fulfill his commitment.

The YouTube ads recount the story of AIG's comeback from the depths of the financial crisis, using computer graphics with soft music playing in the background. Some feature testimonials from employees around the globe.

At the end of one video, the following titles flash across the screen:

"Thank you, America. We're proud to be keeping our promise to stand by you."