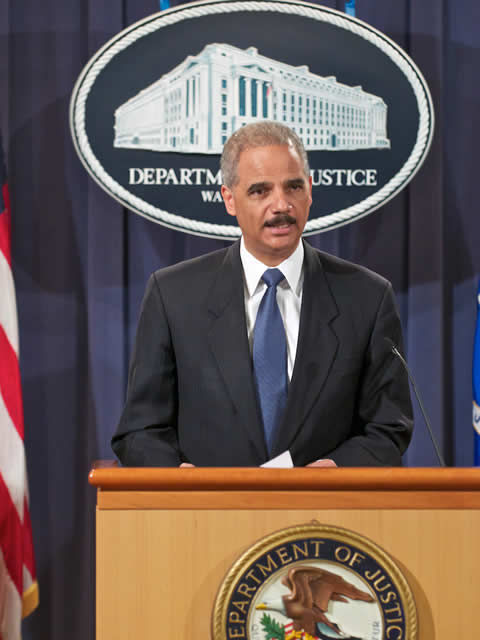 COMMENTARY Bank of America will pay $335 million to settle federal allegations that its Countrywide unit discriminated against minorities in the years leading up to the housing crash. Does the punishment fit the crime?

Not in my book. Countrywide, the nation's largest peddler of subprime loans in the years leading up to the 2008 financial crisis, was accused of violating the Fair Housing Act and Equal Credit Opportunity Act in overcharging more than 200,000 black and Hispanic borrowers for mortgage loans. As a result, minority borrowers paid hundreds or thousands of dollars more to get a mortgage than did similarly qualified white customers. The government also said Countrywide steered blacks and Hispanics with good credit into subprime loans.

In other words, discrimination at Countrywide wasn't unusual -- it was embedded in the lender's business model. As Justice Department Assistant Attorney General Thomas Perez succinctly put it on Wednesday in discussing the settlement:

If you were African-American or Hispanic and you went to Countrywide for a loan, and you were qualified, you likely paid more simply because of the color of your skin.

In touting the settlement, Justice says it amounts to the largest residential fair-lending penalty ever. And so it is. The biggest previous such sanction was a $6.1 million fine levied against American International Group (AIG) in 2010. Victims of the Countrywide scheme will divvy up the $335 million, with some getting a few hundred dollars and others getting several thousand. That amounts to an average of roughly $1,700 per borrower.

Video: B of A settles lending bias suit for $335 million
Bank of America settles discrimination suit for $335M
How racial segregation worsened the foreclosure crisis

Here's the problem. As far as the feds are concerned, Countrywide didn't commit a "crime." In fact, the Justice Department brought no criminal, or even civil, charges against the lender. None of the company's executives are being prosecuted for conduct that Perez acknowledges "hurt entire communities." B of A is admitting no fault under the settlement, in keeping with the government's preference for striking deals with large financial players accused of wrongdoing.

This legal and ethical limbo is why U.S. Attorney General Eric Holder was careful in his remarks yesterday to underline that the charges against Countrywide remain nothing more than accusations. He said (boldface mine):

... we resolved the government's allegations that Countrywide and its subsidiaries -- which are now owned by Bank of America -- engaged in discriminatory mortgage lending practices.... These discriminatory acts allegedly included widespread violations.... These allegations represent alarming conduct....

So while the feds state unequivocally that Countrywide broke the law, the government's own legal redress for that conduct explicitly obscures the company's guilt. Sorry, but fraud alleged isn't equivalent to fraud admitted. If it were, former Countrywide CEO Angelo Mozilo might might not have disappeared into comfortable retirement despite his company illegally pushing hundreds of thousands of customers into dangerous loans.


Worse, Justice's ad-hoc pact with B of A leaves no legal line in the sand to deter other lenders from engaging in similar behavior. And as The New York Times recently showed, Wall Street firms have repeatedly flouted recent settlements with the SEC under which they agreed to stop committing fraud. Promises are made, but not kept.

Another problem with the settlement is that it only compensates minorities for having been gouged on a loan. But what about customers who lost their homes because Countrywide steered them into a pricier mortgage? Says financial pundit Yves Smith:

[G]iven the number of people involved, one has to think that there are some cases where the difference between the cost of the loan these borrowers got and the cheaper ones they qualified for could have made the difference between a borrower making it versus going into delinquency. So for any cases where the overcharges tipped a stressed borrower into a foreclosure, the settlement is clearly inadequate.

Especially considering that foreclosure rates are much higher for blacks and Hispanics than for white Americans. One reason why, according to Princeton University researchers -- racial discrimination. The housing crash and its gory aftermath isn't only a story of rampant financial fraud, it's also a tale of rampant predatory lending targeting minorities.

In negotiating a settlement with Countrywide that amounts to a small fraction of the company's profits during the housing boom, the government missed an opportunity to balance the historical ledger -- and lay down the law for other financial firms. If this case shows anything, it's that justice negotiated often amounts to no justice at all.