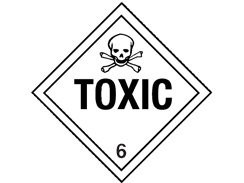 (CBS/AP) WASHINGTON — The Federal Reserve Bank of New York says it has sold a portion of the toxic mortgage securities it assumed in 2008 from American International Group as part of the massive taxpayer bailout of the big insurer.

The buyers are Barclays Capital (BCS) and Deutsche Bank (DB), which won in competitive bidding, the New York Fed announced Thursday. It said the securities were sold at a "desirable" price that maximizes recovery for taxpayers. But it said it won't disclose that price until July.

New York Fed President William Dudley said the price "significantly exceeds" what the Fed paid for them. "This successful sale marks another important milestone in the wind-down of our crisis-era intervention," Dudley said in a statement.

The government stepped in with $182.5 billion to rescue New York-based AIG from collapse in the depths of the financial crisis in 2008. The Treasury Department provided $68 billion under its financial bailout program, and the New York Fed gave AIG a $114 billion lifeline. AIG has repaid all but $17.5 billion of the Fed loans.

The newly sold toxic assets, with a face value of $7.5 billion, represent about 16 percent of the so-called Maiden Lane III portfolio that was created to buy the securities, repay debt and provide capital for some AIG operations.

The New York Fed said it "will continue to explore" the sale of assets from Maiden Lane III. It said it will sell them in competitive bidding "and only if the best available bid represents good value, while taking appropriate care to avoid market disruption."

The Treasury Department, meanwhile, still owns about 70 percent of AIG's common stock and has been selling its shares in chunks. Treasury has recovered $18 billion of the $68 billion it gave to AIG.