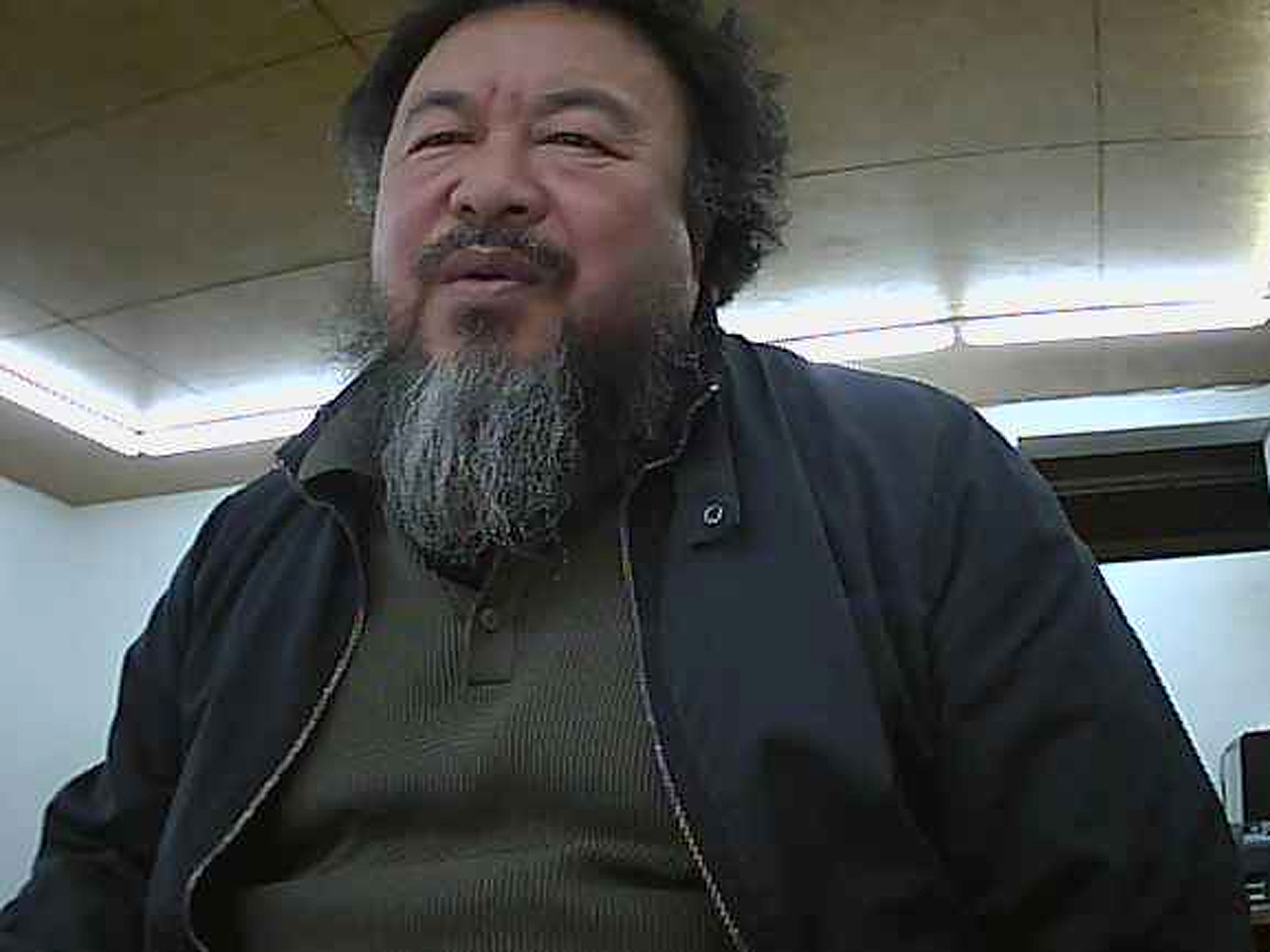 (CBS News) BEIJING - The Chinese government is a voyeur. At least that's what Chinese artist Ai Weiwei is trying to prove.

Tuesday marks the one year anniversary of the day police locked Ai up for 81 days. To commemorate his arrest, the renowned artist and designer of the 2008 Bird's Nest Olympic stadium installed four cameras in his home so that anyone on the web can monitor his movements, 24-hours a day.

The project symbolizes his time in detention, Ai tells CBS News. The artist remains heavily monitored after being charged for tax evasion linked to Fake Cultural Development, a company owned by his wife.

"People are listening to my phone calls, my Internet has been censored and when I leave my home, there are people following me and at my door there are 10 or so cameras," says the artist. "I hope that I can create something for people to see what I am doing. I believe that all people are very curious - regardless of whether they are my friends or people who don't like me."

The website includes a camera shots from over Ai's bed, two at his desk, and one looking over his outdoor courtyard.

Ai launched his symbolic website just days after a severe clampdown by Chinese authorities on blogs and Weibo, China's version of Twitter.

Rumors of a coup circulating online led to the shutdown of 16 websites. The state-run Xinhua News Agency said the Internet information office detained six people for fueling rumors of a government takeover.

Ai's project highlights the ongoing struggle of internet censorship in China. Last month, Beijing made it mandatory for anyone with a microblog account to register their real names with the government - an effort to remove the protective anonymity of online banter.

While the new regulation remains loosely implemented, many of China's online citizens - or netizens, as they have become known - say the purpose is to prevent extreme views from spreading into mainstream conversation.

Ai says, in spite of any progress, basic rights and freedoms in China have changed little or none. "When you say one word, you can be arrested, taken away or punished," he tells CBS News.

Many speculate that - tax evasion charges aside - Ai's detention actually stemmed from his public, online critique of the government - particularly regarding an investigation into the collapse of Chinese schools following the 2008 Sichuan earthquake.

Ai notes the irony of a government so reluctant to allow any scrutiny of its own actions being so keen to closely monitor the every movement of its citizens.

"How can a country like this expect every citizen to be transparent, be under surveillance?" wonders Ai. "I think this is not beneficial for social stability and the country's development."

Ai says he has no firm plans as to how long he will keep the cameras running in his home. But by the time you finish reading this article, his website may already have been shut down - not by Ai himself, but by those who were watching him even before he launched it.