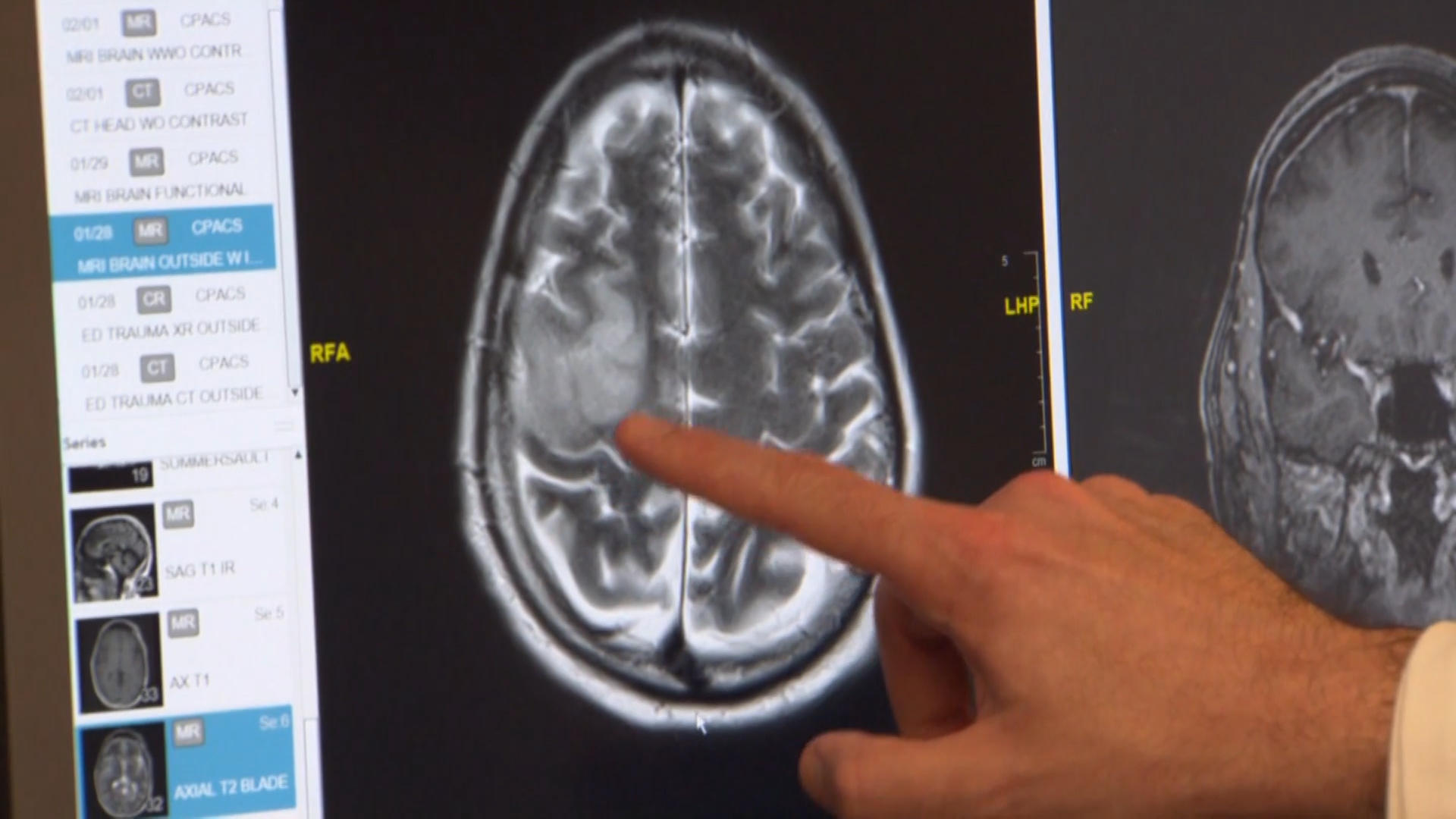 BOSTON — Artificial intelligence is being used increasingly in medicine to make services more efficient and improve patient care. Now, researchers in Boston plan to use the technology to perform "virtual biopsies" of brain tumors.

The goal is to help patients like Steven Hibbert, who considered himself a healthy guy until one day life changed on a dime. "I was just kind of sitting there, reading the paper, and went into a seizure," Hibbert told CBS Boston's Dr. Mallika Marshall.

The 55-year-old Cape Cod resident was rushed to the hospital and got the news no one wants to hear. He had a brain tumor.

"Life changing, as my wife always says," explained Hibbert. "It feels like everything got flipped over in our life."

While Hibbert's tumor was clearly visible on scans, doctors could not tell what type it was without removing it, so this past January, he underwent surgery. He then had to wait two long weeks for genetic analysis to finally learn he had a grade 3 anaplastic astrocytoma.

"How good would it be if I knew ahead of time before, we did surgery, what it is — and even better if I knew what kind of mutations it had — so I can tell him and his family upfront, 'Here is your diagnosis, here is your prognosis and then here is what we need to do about it.' And some cases, not his but in some cases, that can lead to avoiding surgery completely if you have an inoperable brain tumor," Arnaout said.

He and a team of researchers are taking thousands of patient MRIs, matching them up with biopsy results and allowing a computer program to learn how to identify a tumor, creating a virtual biopsy.

That will allow doctors to select the best plan of action and give patients more valuable information about their prognosis.

Asked about Hibbert's case, Arnaout says, "You would expect, hopefully, with a good response to the treatment that he had, that he would have several years."

But Hibbert, who just took up beekeeping, is planning for a lot longer than that.

Arnaout hopes to be able to use this artificial intelligence technology to better understand patients' brain tumors within the next year.