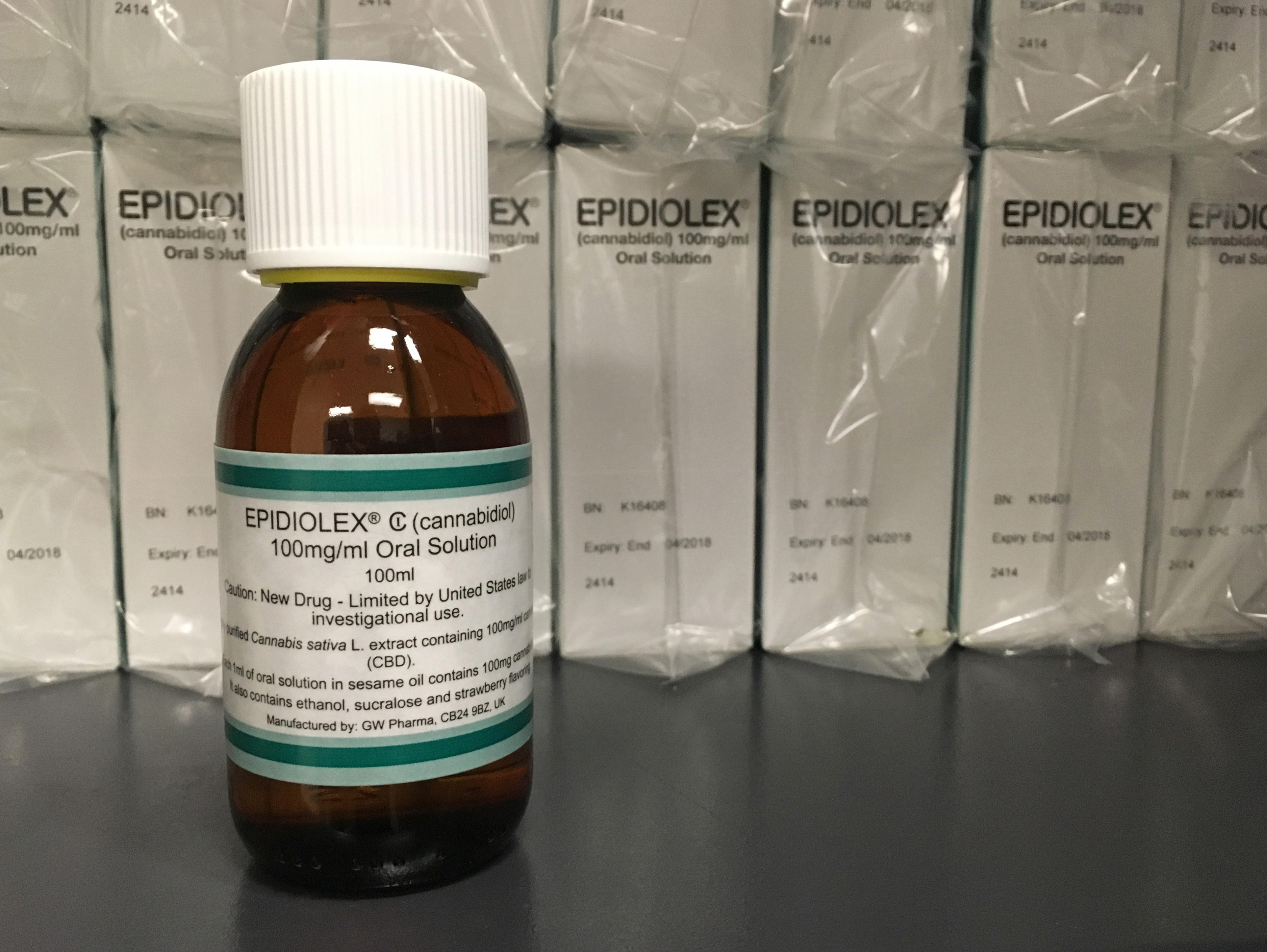 WASHINGTON -- U.S. health regulators on Monday approved the first prescription drug made from marijuana, a milestone that could spur more research into a drug that remains illegal under federal law, despite growing legalization for recreational and medical use.

The Food and Drug Administration (FDA) approved the medication, called Epidiolex, to treat two rare forms of epilepsy that begin in childhood. But it's not quite medical marijuana.

The strawberry-flavored syrup is a purified form of a chemical ingredient found in the cannabis plant -- but not the one that gets users high. It's not yet clear why the ingredient, called cannabidiol, or CBD, reduces seizures in some people with epilepsy.

"It represents a new chapter, a landmark for therapy in the U.S. for epilepsy," Dr. Orrin Devinsky, of NYU Langone Health's Comprehensive Epilepsy Center, told CBS News. "Many of these children and young adults had significant reductions in their most severe and dangerous seizures."

The FDA has previously approved synthetic versions of another cannabis ingredient for medical use, including severe weight loss in patients with HIV.

Epidiolex is essentially a pharmaceutical-grade version CBD oil, which some parents already use to treat children with epilepsy. CBD is one of more than 100 chemicals found in marijuana. But it doesn't contain THC, the ingredient that gives marijuana its mind-altering effect.

Physicians say it's important to have a consistent, government-regulated version.

"I'm really happy we have a product that will be much cleaner and one that I know what it is," said Dr. Ellaine Wirrell, director of the Mayo Clinic's program for childhood epilepsy. "In the artisanal products there's often a huge variation in doses from bottle to bottle depending on where you get it."

Side effects with the drug include diarrhea, vomiting, fatigue and sleep problems.

Several years ago, Allison Hendershot considered relocating her family to Colorado, one of the first states to legalize marijuana and home to a large network of CBD producers and providers. Her 13-year-old daughter, Molly, has suffered from severe seizures since she was 4 months old. But then Hendershot learned about a trial of Epidiolex at New York University.

"I preferred this to some of those other options because it's is a commercial product that has gone through rigorous testing," said Hendershot, who lives in Rochester, New York.

Since receiving Epidiolex, Hendershot says her daughter has been able to concentrate more and has had fewer "drop" seizures -- in which her entire body goes limp and collapses.

Lili Gilmore stared having seizures when she was 6 months old.

"The first three years of her life, I would say, were devastating. I didn't know anything about seizures. I didn't know what life was going to be like," Lili's mother, Natalie Gilmore, told CBS News.

It got to the point where Lili, now 17, was having hundreds of seizures a week. After her parents enrolled her in the Epidiolex trial at NYU, her awareness increased and seizures decreased.

"For us, any little teenie bit of relief we might get with the seizures is huge," Natalie said.

CBD oil is currently sold online and in specialty shops across the U.S., though its legal status remains murky. Most producers say their oil is made from hemp, a plant in the cannabis family that contains little THC and can be legally farmed in a number of states for clothing, food and other uses.

The immediate impact of Monday's approval on these products is unclear.

"We are prepared to take action when we see the illegal marketing of CBD-containing products with serious, unproven medical claims," Gottlieb said in a statement.

The FDA previously issued warnings to CBD producers that claimed their products could treat specific diseases, such as cancer or Alzheimer's. Only products that have received formal FDA approval can make such claims, typically requiring clinical trials costing millions.

Most CBD producers sidestep the issue by making only broad claims about general health and well-being.

Industry supporters downplayed the impact of the FDA approval.

"I don't know a mom or dad in their right mind who is going to change what's already working," said Heather Jackson, CEO of Realm of Caring, a charitable group affiliated with Colorado-based CW Hemp, one of nation's largest CBD companies. "I really don't think it's going to affect us much."

Jackson's group estimates the typical family using CBD to treat childhood epilepsy spends about $1,800 per year on the substance.

A GW Pharmaceuticals spokeswoman said the company would not immediately announce a price for the drug, which it expects to launch in the fall. Wall Street analysts have previously predicted it could cost $25,000 per year, with annual sales eventually reaching $1 billion.

For their part, GW Pharmaceuticals executives say they are not trying to disrupt products already on the market. The company has pushed legislation in several states to make sure its drug can be legally sold and prescribed.

The FDA approval for Epidiolex is technically limited to patients with Dravet and Lennox-Gastaut syndromes, two rare forms of epilepsy for which there are few treatments. But doctors will have the option to prescribe it for other uses.

Nine states and the District of Columbia have legalized marijuana for recreational use. Another 20 states allow medical marijuana, but the U.S. government continues to classify it as a controlled substance with no medical use, in the same category as heroin and LSD.

Despite increasing acceptance, there is little rigorous research on the benefits and harms of marijuana. Last year a government-commissioned group concluded that the lack of scientific information about marijuana and CBD poses a risk to public health.

Before sales of Epidiolex can begin, the Drug Enforcement Administration must formally reclassify CBD into a different category of drugs that have federal medical approval.

GW Pharmaceuticals makes the drug in the U.K. from cannabis plants that are specially bred to contain high levels of CBD. And the company plans to continue importing the medicine, bypassing onerous U.S. regulations on manufacturing restricted substances.