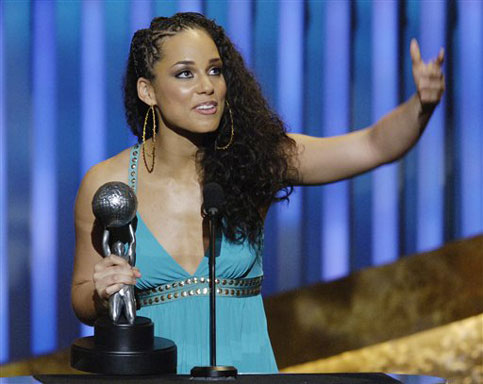 Andre Agassi flailed feebly at returns for two sets and did little more than a pigeon-toed shuffle on the baseline as Wayne Arthurs ran his amazing streak of unbroken service games to 111.

Agassi looked as helpless as everyone else the skinny left-hander had faced in his surge from anonymity at Wimbledon. He kept pace with the Australian, but only by holding serve.

It was a sitter waiting to be pummeled into an open court at 1-1 in the third set, but Arthurs whacked it into the net only a few feet away. Agassi seized on that gift as if he knew he might not get another, pounding a backhand return that kissed the sideline on the next point.

That gave Agassi the break Arthurs had not yielded in six matches going back to the qualifying tournament, and it launched Agassi's surge into the quarterfinals.

Â"When you can hit four corners with a range of 30 mph difference, that's a big serve,Â" Agassi said of the No. 163-ranked Arthurs, a 28-year-old doubles specialist he had never played and had barely heard of.

Â"He can hit it flat or bomb out wide in the deuce court. He can hit 129 mph. He can also hit a nasty kick 98 mph. He can blast up the middle or hit a bender up the middle. He can serve into your body and swing you wide, with pace or without pace.Â"

The catch, Agassi said, is that Arthurs is a one-trick pony who Â"doesn't present much of a presence on the return game. So you feel like it's just a matter of time before you get a window or two.Â"

When that window opened, Agassi jumped through for the first of three straight breaks that turned the match around.

Arthurs went into the match with a streak of 98 straight service games without a break. He served 25 aces against Agassi, considered the best returner in tennis.

Agassi, who won his first French Open last month, is seeking to reclaim the Wimbledon title he won in 1992. If he succeeds, he wll be the first man since Bjorn Borg in 1980 to win both majors back to back.

Kuerten hadn't won a grass-court match until last week, but he is increasingly confident on the surface. He lost only his first set of the tournament against Manta, who stunned 1996 champ Richard Krajicek in the third round.

Rain delayed the start of play, wiped out most of the big fourth-round matches, and left Jim Courier eager to retreat as he stood two games from defeat against Britain's Tim Henman.

The rain couldn't save No. 9 Mary Pierce from the all-court attack of 16-year-old Jelena Dokic, the Australian who made a spectacular debut by knocking off No. 1 Martina Hingis.

Dokic's quickness made the pumped-up Pierce look like a lumbering old woman as she gasped to keep up in deep rallies and couldn't quite catch the drop shots that Dokic flicked over the net.

Pierce has been open about her use of Creatine as a supplement to her weightlifting regimen. She's bigger and stronger than ever, but her extra bulk doesn't seem to have helped her on the court. And it hasn't tempted Dokic from trying to go into a muscle-building program of her own.

Â"No, that's not me,Â" Dokic said. Â"I think you have to put those things aside. Mary is a big hitter, and so is (Lindsay) Davenport and Venus (Williams). If you look at (Martina) Hingis, she's been beating them. You sort of just try to outsmart them or outplay them.Â"

Dokic won five straight games against Pierce to take the first set after trailing 1-4. Dokic gained control of the second set by breaking Pierce at 3-3, then closed the match with a backhand winner just seconds before showers returned.

Both matches were interrupted for 2 hours, 40 minutes because of rain in the first set.

Davenport came back from 2-5 down in the first set. She saved three set points at 4-5 and three more in the tiebreak, then cruised through the second set.

Â"This is one of the times where the rain delay helped me immensely,Â" Davenport said. Â"I was really nervous to go out there and play. I was down 5-3, and the rain delay came and I was able to relax a little bit. I could think about how I wanted to play, and I did great.Â"