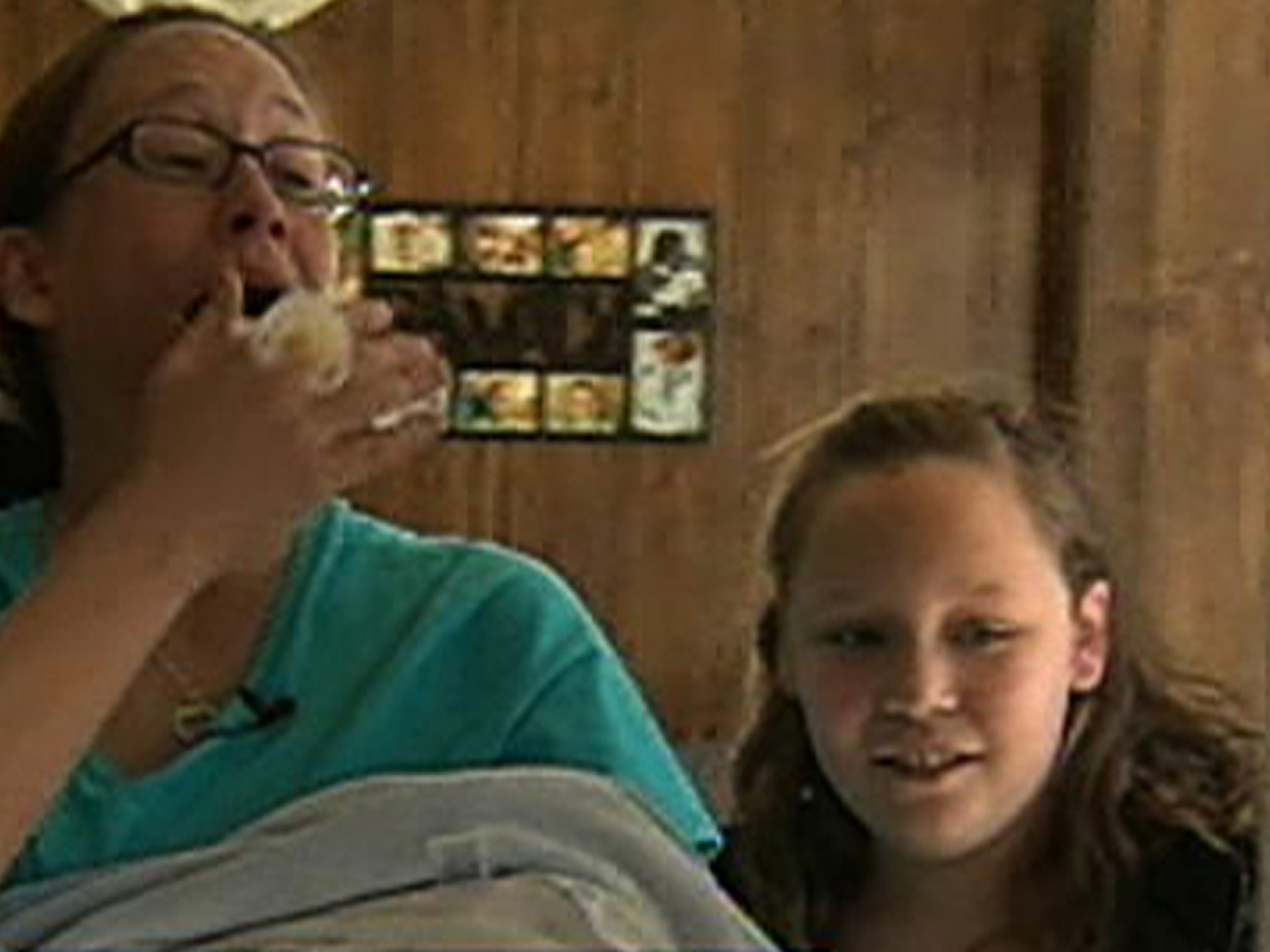 One home that was badly damaged was that of Amanda Headrick, who was nine months pregnant.

But in the last few days, reports CBS News correspondent Elaine Quijano, Headrick's life has been transformed from utter despair to a big bundle of joy.

She didn't say it out loud, but Headrick had been dreading bringing her newborn son home from the hospital to what she thought was going to be an old, run-down rental house. It had been the only option for Headrick, her 10-year-old daughter, Trinity, and her new son, Kayden.

What Headrick didn't know is that her aunt had recruited a charity called Operation Blessing to fix up the rental property.

An army of hundreds of volunteers cleaned, painted and renovated the house - just in time for Headrick's homecoming.

She had no idea.

"Oh my God!" she exclaimed when she saw the house.

It was furnished - Kayden's nursery fully-stocked with clothes and supplies - and sporting a rocking chair, something Headrick had always wanted.

There was a room for Trinity, too. Someone had even thought to hang family photos on the walls.

It was everything needed to make a fresh start. And Headrick, who'd been staying in a motel after the storm, was extremely grateful.

"I just want to thank everybody for helping us," an emotional Headrick said. "We are so, so thankful, and so blessed."

On "CBS This Morning: Saturday," Jody Gettys, Operation Blessing's director of U.S. disaster relief, explained to co-host James Brown that on Monday, when Headrick was actually in labor, her aunt came to their volunteer command center and "basically told us Amanda's story: She lost her home during the tornado, she was at the hospital giving birth to Baby Kayden, and she did not have a place to move into.

"And she said, 'All I need is, I need somebody to come clean and put down a little bit of carpet and paint the walls, because there's no way she can come home to the trailer. It's just not clean, it's not safe.'

"And so, when our team, our staff, our volunteers heard the story, we said, not only are we going to come in and help get it clean and safe for the baby to come home, but we want to take it up to what we call 'extreme blessing level,'" said Gettys. "So we basically re-did the whole inside of the trailer, the outside, as well as filled it full of furniture and everything this family needs to get back on their feet."

Headrick told Brown her favorite room is now her bedroom, "because it's somewhere I can go, relax, and I've never had my own bedroom and bed, and (have) it be comfortable like that. And when - he (doesn't) really bother me so much. But my 10-year-old, she kind of drives me crazy every now and then, so - just a place I can go, be by myself."

What Headrick didn't know was that Gettys had another surprise for her on the broadcast. She told Headrick the same volunteers who's renovated her home had pooled their money to pay the majority of Headrick's rent for a year.

An overwhelmed Headrick began to cry and simply said, "Thank you," as she and Gettys hugged each other tightly.

For more information on Operation Blessing or to make a donation, click here.