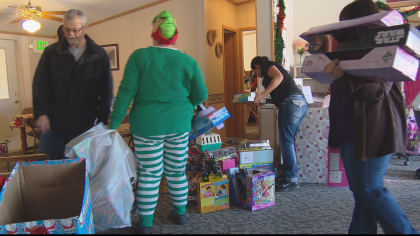 LOCHBUIE, Colo. - After word got out that more than 40 gifts were stolen from a Colorado senior center's toy drive last week, donations came pouring in, reports CBS Denver.

Now the Lochbuie Senior Center, in Lochbuie, Colo., has more presents than it ever expected to be able to give to underprivileged children at a holiday party.

The event was almost scrapped after the theft, but organizer Dee Nelson said dozens of people contributed new gifts.

"If they come in I'll give them hugs, I am a hugger," Nelson added, "There are so many wonderful people out there after all this."

Police have not identified any suspects in the toy theft.