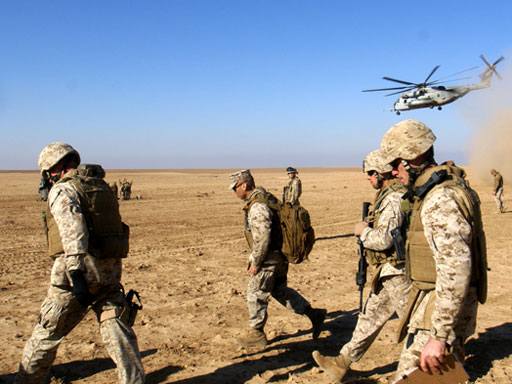 WASHINGTON - The U.S. military says it has placed a contingent of Marines at a small outpost in northern Iraq to provide protection for an Iraqi military base where U.S. advisers are present.

It announced the deployment Sunday, one day after a member of that unit, Staff Sgt. Louis F. Cardin, was killed by rocket fire. Peter Cook, the Pentagon press secretary, said several other Marines were wounded in the attack on what he called a "fire base" near Makhmour.

A military official told CBS News national security correspondent David Martin that militants with the Islamic State of Iraq and Syria (ISIS,) fired two rockets at the site of a new training base for the Iraqi army in Makmour.

The U.S. statement announcing the Marine deployment did not say how many were sent, but two U.S. officials said it is between 100 and 200. The officials were not authorized to provide details about the deployment and spoke on condition of anonymity.

The U.S.-led coalition has reported that the build-up of Iraqi troops at Makmour in preparation for an assault on the ISIS-held city of Mosul has brought a spike in the frequency of such indirect fire attacks.

Prior to Cardin's death, the last U.S. service member killed in Iraq was in October 2015.