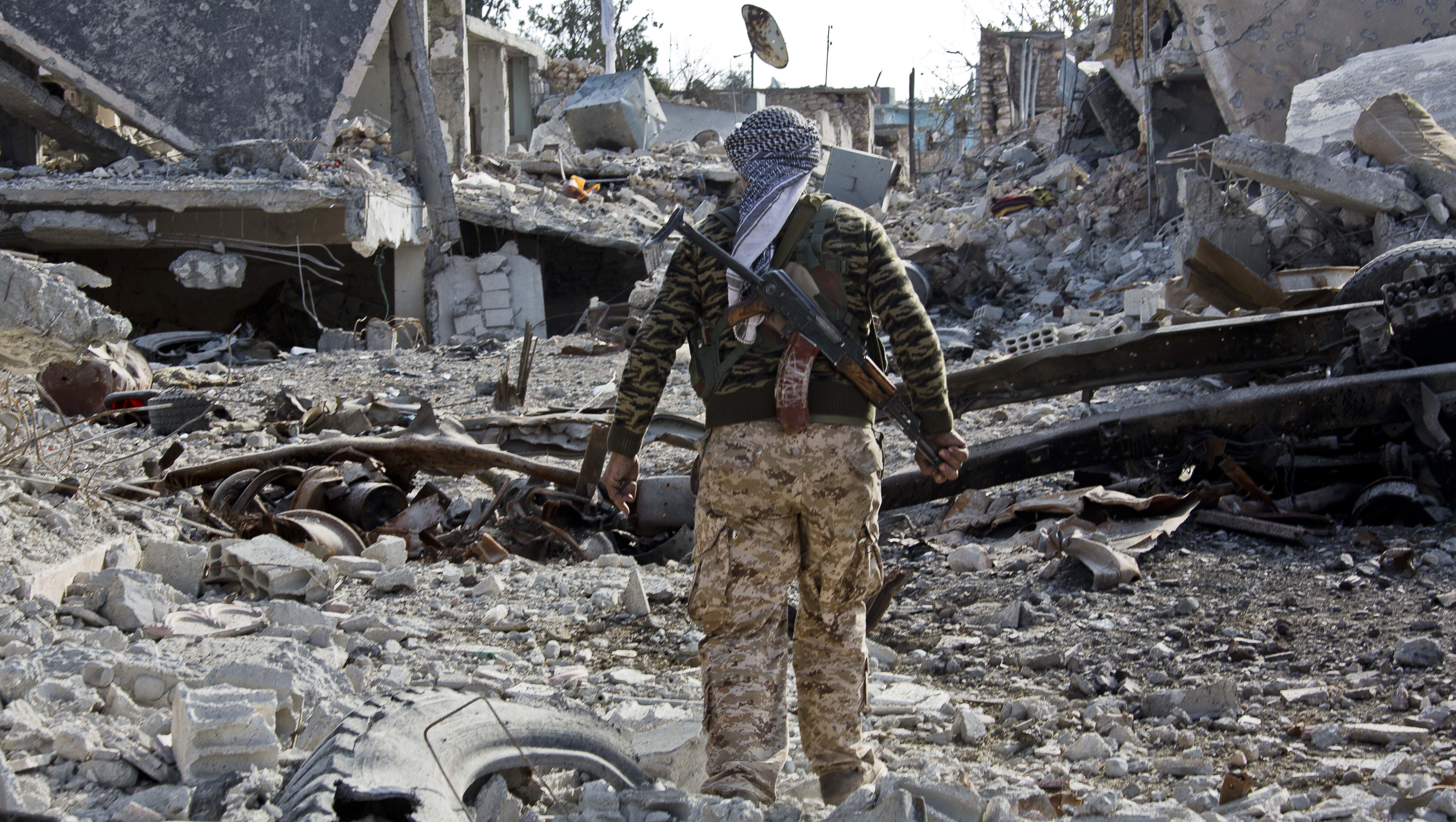 BEIRUT - Kurdish fighters expanded their offensive Tuesday after driving Islamic State of Iraq and Syria (ISIS) militants from the Syrian border town of Kobani the previous day, to retake dozens of surrounding villages still held by the militants, activists and officials said.

Pushing ISIS out of Kobani after a bloody, four-month campaign was a significant boost for both the Kurds and the U.S.-led coalition, though the U.S. Central Central Command tempered Monday's victory by saying it estimated that 90 percent of Kobani was now controlled by Kurdish forces.

From Kobani, Kurdish troops took the fight Tuesday to the village of Shiran, southeast of the town, said Mustafa Bali, a Kobani-based activist. Earlier in the day, they captured the nearby village of Qarah Hlanj. The Britain-based Syrian Observatory for Human Rights confirmed the capture of Qarah Hlanj and said the fighting near Shiran has intensified.

The victory in Kobani came at a high cost.

"The city has been fully liberated," said senior Kurdish official Idriss Nassan, speaking by telephone from inside the town. He said Kobani is "nearly destroyed."

In September, ISIS fighters captured about 300 Kurdish villages and hamlets near Kobani and thrust into the town itself, occupying nearly half of it and sending tens of thousands of residents fleeing into Turkey.

The scope of the destruction will make it hard for refugees to return anytime soon.

"The war in the town is over but the difficult task has begun," said Bali, the activist. "There is no water, electricity or sewage system."