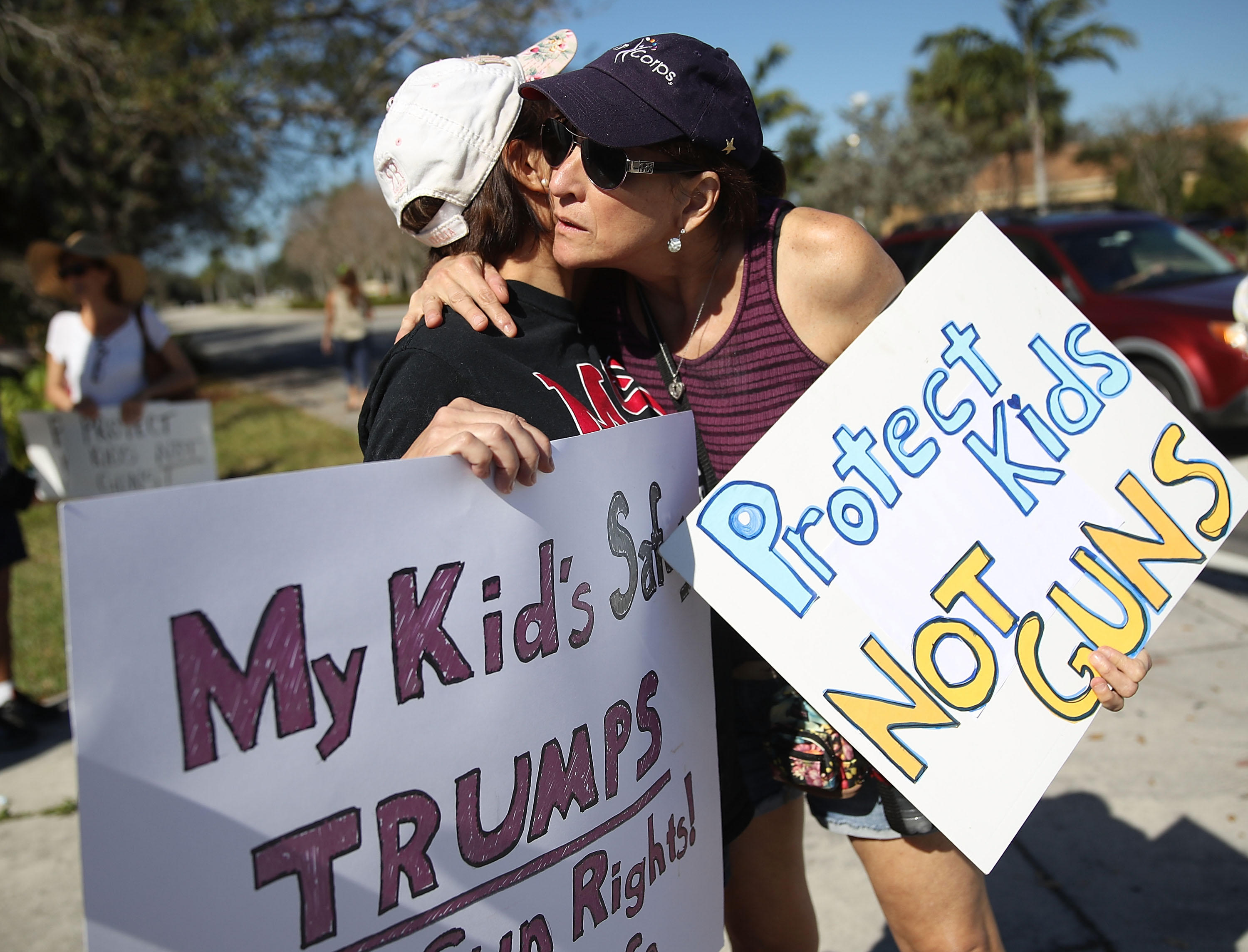 In the wake of the deadly mass shooting at a school in Parkland, Florida, calls for lawmakers to step up and revise the nation's existing gun laws have been renewed. Many of those calling for stricter gun purchasing guidelines point to the gunman himself, Nikolas Cruz, and his past history of mental health problems, questioning how he was able to obtain a weapon so easily. Though Congress has tried and failed to pass even limited gun-related legislation in recent years, one measure appears to have some momentum -- the "Fix NICS" bill of 2017.

Late last year, a gunman with a history of domestic violence was able to legally purchase an arsenal of weapons, which he would later use to open fire on parishioners at the First Baptist Church in Sutherland Springs, Texas. That shooting left 26 people died and at least 20 others injured. The U.S. Air Force had failed to submit the shooter's criminal history, that is, his court martial over bad conduct, to the FBI, as required by Pentagon rules. His history should have barred him from purchasing guns.

After that shooting, some lawmakers tried to come up with a bipartisan answer to fixing the way in which existing background checks can prevent firearm purchases by those who present possible red flags to state and local authorities.

He added, "This bill aims to help fix what's become a nationwide, systemic problem so we can better prevent criminals and domestic abusers from obtaining firearms."

Here's where things stand with this gun legislation measure:

What does it do?

Provisions under the bill would include:

After more mass shootings across the country since Sunderland Springs, the following lawmakers have offered their support:

So, will it pass?

Like many bills before it, the latest attempt to modify the nation's gun laws in the aftermath of a deadly mass shooting likely faces an uphill battle on Capitol Hill. So far the measure has passed the House and is in the Senate Judiciary Committee. Since President Trump has expressed his willingness to lend his support to legislation that would improve the gun background check system, its prospects may improve.

According to a statement released by the White House Monday morning, "The President spoke to Senator Cornyn on Friday about the bi-partisan bill he and Sen. Murphy introduced to improve Federal Compliance with Criminal Background check Legislation." The statement continues, "While discussions are ongoing and revisions are being considered, the President is supportive of efforts to improve the Federal background check system."

Cornyn also released a statement after the president expressed his willingness to lend his support to such legislation, saying "It's clear the President is interested in getting something done."

Murphy shares Cornyn's optimism, however, saying that Mr. Trump's support of the legislation is "another sign the politics of gun violence are shifting rapidly."