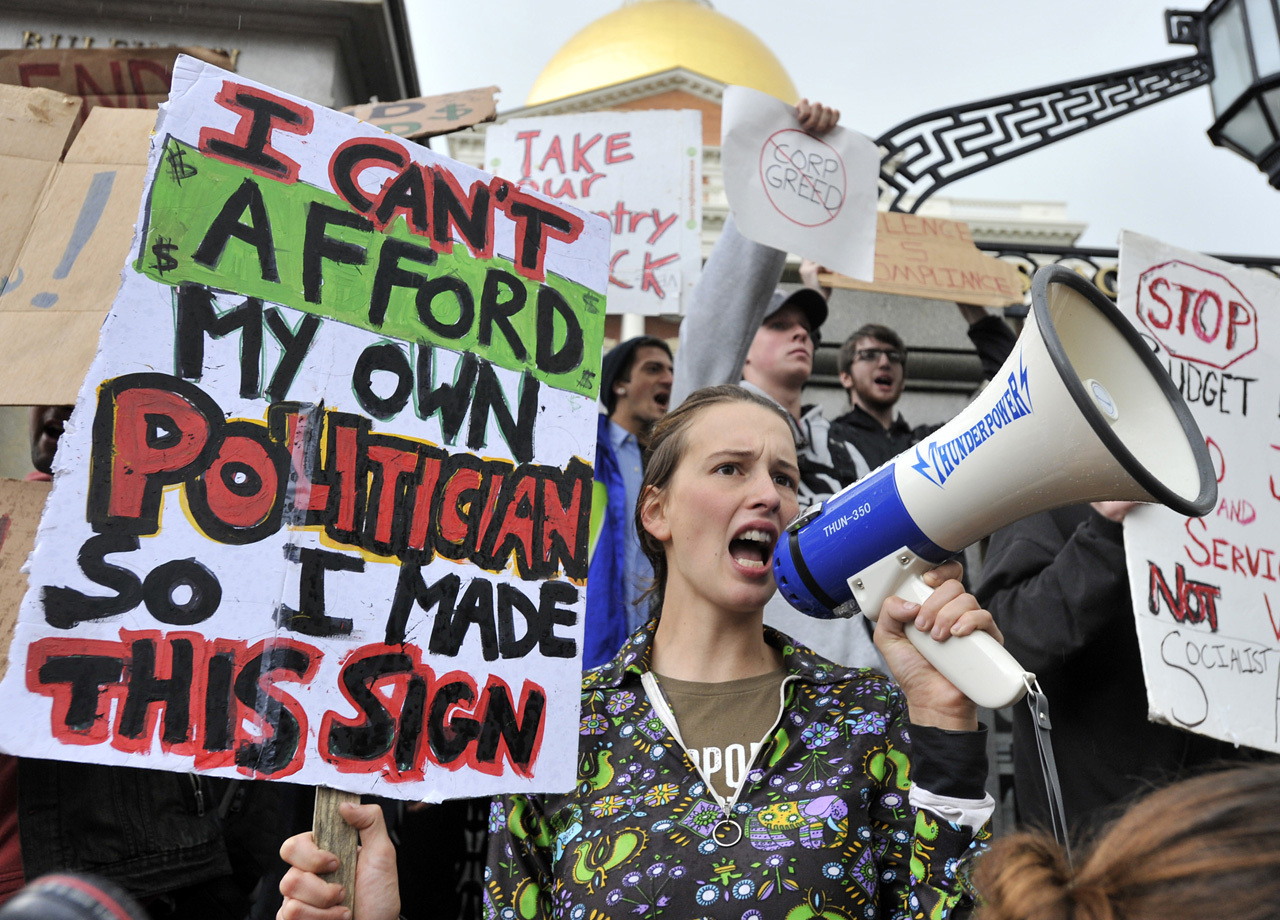 A coalition of liberal organizations are planning to push for a liberal agenda and recruit progressive politicians at every level of government -- with or without President Obama.

Taking hold of the momentum generated by the "Occupy Wall Street" protests occurring across the country, the liberal leaders have drafted plans to implement what they call an "American Autumn" -- a realignment of American politics inspired by the pro-democracy protests in the Middle East dubbed the "Arab Spring."

Gathered in Washington for an annual progressive conference -- this year called the "Take Back the American Dream" conference - the leaders said that liberals this year have a new-found sense of energy and enthusiasm.

"People are moving, they are moving on their own," said Robert Borosage co-director of the Campaign for America's Future. "They understand the need for action."

At last year's conference, Borosage said, liberal activists were preoccupied with the disappointment they've felt with President Obama, as he fell short of meeting liberal expectations on major issues like economic and tax reform, and health care reform.

The movement, however, is no longer "yoked" to the president, he said.

"What's happened over the course of the last few months, people have decided, wherever [Obama] is, we're going to move," Borosage said, pointing to issues like tax reform, protecting programs like Social Security and making investments in areas like green jobs.

"If you listen to the spirit here, they're not so focused on what the president is doing," he continued. "That is liberating."

They are focusing on three major goals, the first of which is implementing a "jobs, not cuts" agenda. They're starting with a week of events next week designed to draw attention to their demands. MoveOn.org emailed its supporters today, asking them to host local rallies between October 10 and October 16 as "part of a massive week of action to show the human impact of the economic crisis."

"We're organizing a huge round of speak-outs nationwide next week to deliver the simple message that we need 'Jobs Not Cuts' and to 'Make Wall Street Pay,'" the email read.

The plan will culminate with demonstrations on November 17 -- just ahead of the deadline for the so-called congressional "super committee" to come up with recommendations for finding at least $1.2 trillion in budget savings.

Justin Ruben of MoveOn.org said the November 17 events will be the "exclamation point on the cry for jobs."

"We're going to draw a line in the sand -- we will not accept yet another budget agreement that cuts everything except handouts to the rich," he said.

Borosage added the November 17 event is "going to be big, and it's going to be visible."

The organizers said they want to see action like those recommendations Mr. Obama has put forward in his $447 billion "American Jobs Act." At this point, Republicans are opposed to passing the bill in its entirety, but they've left the door open for compromise on some of its elements.

Borosage said that as the economy continues to stall, the pressure is only going to grow on Republicans to act, and he expects Congress to pass at least part of the president's plan.

The second goal of the progressive movement is to engage one million local and state leaders and pursue 100 major state and local goals. For instance, in Ohio, liberals are trying to get a controversial anti-collective bargaining law off the books. The law was passed earlier this year, but unions gathered 1.3 million signatures to put a referendum of the law on this November's ballot -- that's one million more signatures than were needed.

Thirdly, they are recruiting and supporting progressive candidates up and down the ballot, from school board members to Senate candidates like liberal champion Elizabeth Warren in Massachusetts.

Arlene Holt Baker, executive vice president of the AFL-CIO, said her labor organization has "declared our political independence" from Democrats. She promised the AFL-CIO will campaign "vigorously" against any politician who doesn't back a progressive jobs agenda.

Labor members will "assess every election on a case-by-case basis," she said. "We are comfortable sitting out elections if need be."

The anger against political leaders is widespread and bipartisan, the liberal leaders said.

"We have zero faith... that Washington, D.C. and Wall Street by themselves can solve this problem," said Van Jones, Mr. Obama's former environmental adviser, referring to the economy. "Now it's our turn."

Jones said that progressives watched the "unopposed demolition of America's middle class" inspired by the Tea Party, adding that a well-organized movement can be effective regardless of its size. The Tea Party had its moment, he added, but "now the rest of us have something to join."

While liberal leaders say their movement is independent of the president, not all the activists at this week's conference are convinced. Conference attendee Zelda Bronstein said she saw the conference as "too much of a rally" without enough concrete action. She chided liberal leaders for cheering on the president and lambasted Mr. Obama's health care reforms as a "sell out" piece of legislation.

Jones and others insisted they're not cheerleaders for anyone.

"Some people love this president, some people are mad at him -- God bless 'em. What are we going to do?" Jones said.

The movement is "so much bigger than trying to rescue a presidency," he added.