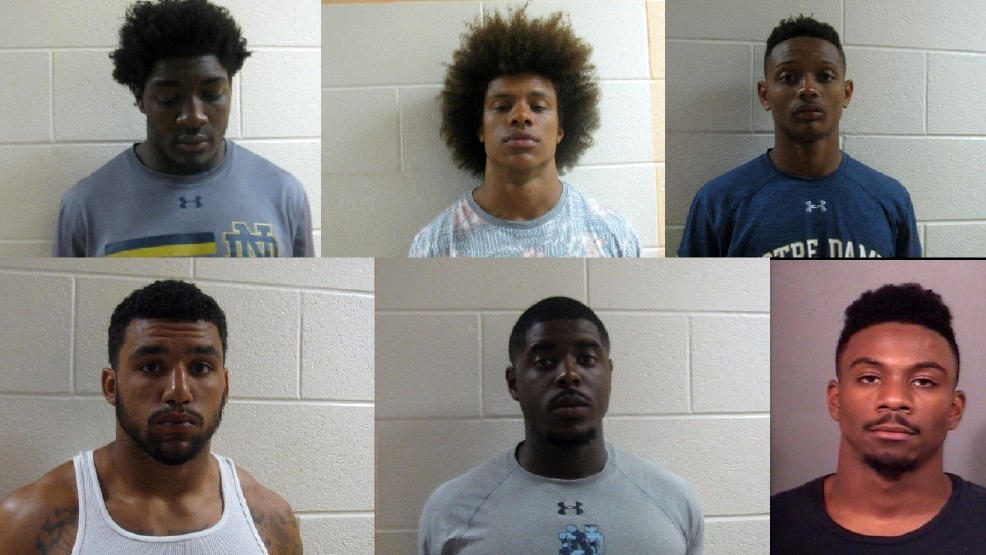 Coach Brian Kelly said in a statement he made the decision after meeting with the players, reviewing the evidence available to him and talking with team leaders.

“The expectations we set for the members of our team are high, but they are especially so for the upperclassmen who are expected to provide leadership and a positive example to the other members of the team.Max and, at least at this stage in the review of his case, Devin, have failed in that regard and so have lost the privilege of continuing to be part of our team,” Kelly said, according to CBS South Bend affiliate WSBT​.

All six could still face additional discipline from the university. The players, who had been given the weekend off before the start of classes on Tuesday, got in trouble after completing preseason camp Friday.

Butler, who already was out until October with a broken foot, was taken into custody early Saturday after a police officer said the player punched and slammed him to the ground outside a bar near campus. Officers had to use a stun gun to subdue Butler, according to a probable cause affidavit.

The St. Joseph County prosecutor’s office said Butler faced possible charges of resisting law enforcement and battery to a police officer, both felonies. Prosecutor Kenneth Cotter said Saturday he was seeking court approval for additional time to investigate the case so his office could “determine whether formal charges are appropriate.”

Redfield and the four other players - running back Dexter Williams, linebacker Te’von Coney, wide receiver Kevin Stepherson Jr. and cornerback Ashton White - were arrested Friday night after Indiana State Police said a trooper stopped a car in Fulton County, about 35 miles south of South Bend, for speeding. The trooper detected the odor of marijuana and with the help of a drug-sniffing dog, he found the marijuana and a handgun, police said.

All five were charged with misdemeanor marijuana possession. Redfield, Stepherson and Williams face an additional misdemeanor charge of possession of an unlicensed handgun.

It was not known if any of the six have hired attorneys.

For Redfield, it marks the end of a disappointing tenure at Notre Dame. He arrived from Mission Viejo, California, as a five-star recruit but never developed as a star and was sent home before the Fiesta Bowl last season for violating team rules. But Kelly said recently that Redfield had been playing at an “elite level” in August, saying he looked like “that guy everyone was hoping for out of high school.”

Redfield played 36 games for the Irish, started 23 times and finished with 144 tackles and two interceptions.

The Irish open the season at Texas on Sept. 4.