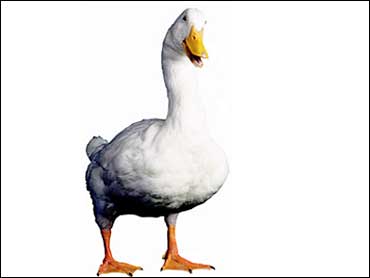 The AFLAC duck is going to Japan this month with a softer quack.

Instead, a Japanese actor portrays the duck with a more soothing tone.

"The Japanese culture does not like to be yelled at," AFLAC spokeswoman Laura Kane said. "Gilbert might be a little over the top."

Gottfried's voice will remain in U.S. commercials, which have paired the duck with celebrities including Chevy Chase, Yogi Berra and Wayne Newton.

While this campaign is the first to be shot specifically for Japan, it won't be Japan's first introduction to the AFLAC duck. In 2001, the company ran a commercial with dubbed voices for the actors and the duck.

The Japanese commercials, to run May 16, feature popular actors Akiko Yada and Yanagiba Toshiro trying to remember the name of the company. The duck, as is customary, quacks "AFLAC."

In Japan, the actors will talk directly to the duck, the company said, whereas in the American versions, the actors never notice the frustrated duck.