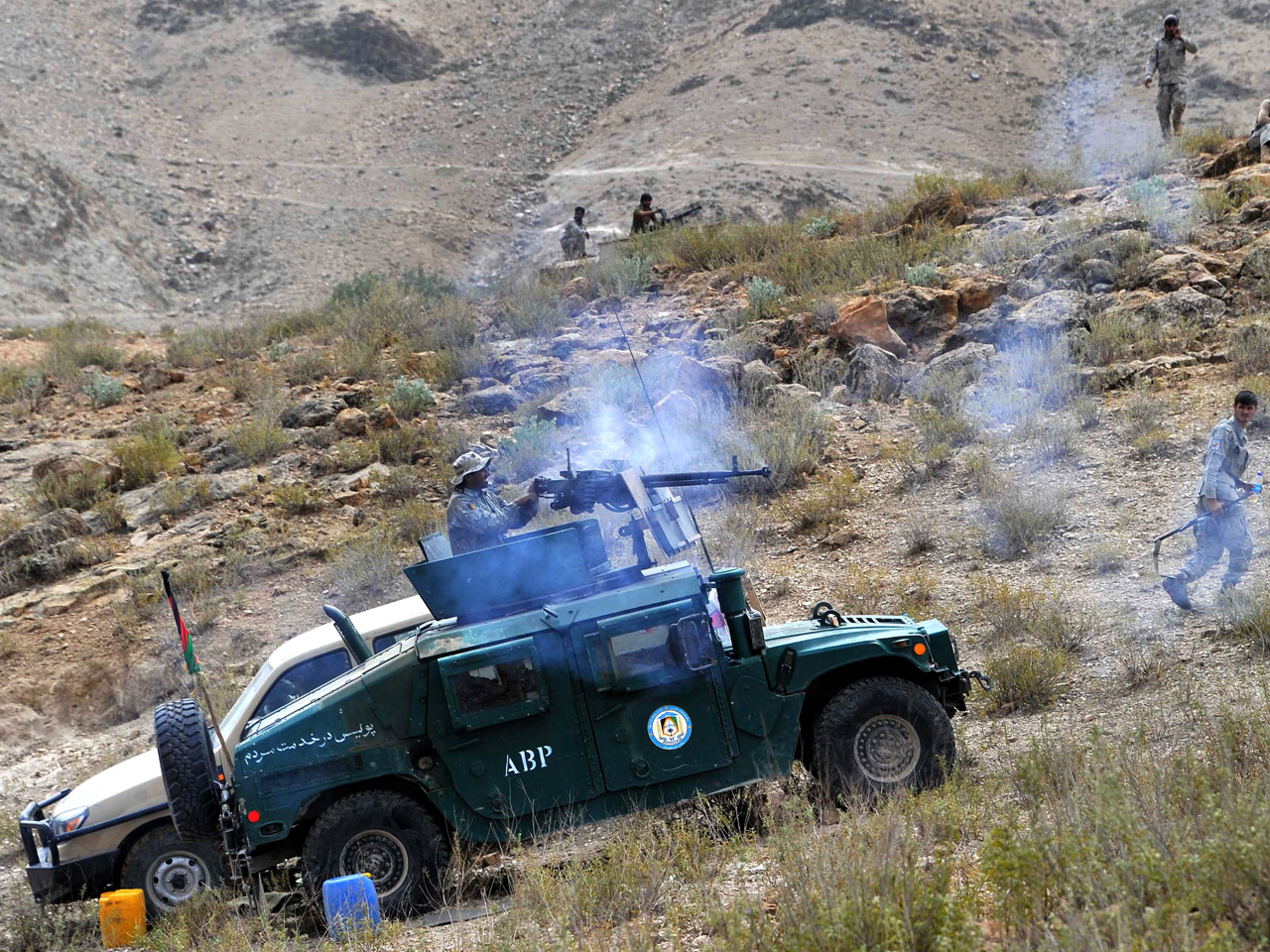 KABUL, Afghanistan -- The Taliban beheaded 15 Afghan civilians, mostly family members of local policemen, in an assault that was part of a week-long offensive that has so far killed 60 people and wounded scores in a remote province in eastern Afghanistan, officials said Friday.

The violence comes amid the annual Taliban offensive, which this year will be an important gauge of how well Afghan government forces are able to face insurgent attacks ahead of the withdrawal of foreign combat troops at the end of the year.

The Ghazni provincial deputy governor, Mohammad Ali Ahmadi, confirmed to CBS News' Ahmad Mukhtar that the Taliban on Thursday night captured and beheaded up to 15 people, including women and children, in an attack in the province's district of Arjistan.

Ahmadi said reinforcements and air support arrived in the area Friday and vowed that the Taliban would be defeated soon.

According to the Ghazni provincial deputy police chief, Asadullah Ensafi, some 60 homes were torched.

Details were sketchy because of the remoteness of the rugged mountainous area, about 60 miles southwest of the capital, Kabul. There are no NATO troops stationed in the district.

Beheadings are rare in Afghanistan, though they occasionally take place as part of the Taliban campaign to intimidate and exact revenge on the families of Afghan troops and security forces.

Over the past week, the Taliban have been attacking several villages in Ghazni's Arjistan district, Ensafi said, and battles in the area were still raging Friday, he said.

On Friday morning, the Taliban detonated a car bomb in front of an encampment where some 40 Afghan policemen were based in Arjistan, killing at least 8 policemen, Ahmadi said.

Ensafi said it was not immediately possible to reach the area to determine the exact number of casualties because the insurgents had mined the roads.

Ahmadi said that attack and the car bomb brought the overall death toll in the Taliban offensive in Ghazni to 60. The victims included both civilians and policemen, he said.

Ahmadi said Afghan commandos have been airlifted from Kabul to the area to battle the Taliban and prevent the district from falling to the insurgents.

In Kabul, Ghazni lawmaker Nafisa Azimi said the situation in the province remains very dangerous, adding that the Taliban have taken scores of civilians from Arjistan hostage.

Each spring and summer bring an escalation in fighting in Afghanistan with the end of snowy winter weather, which hampers movement. The melting of the snows also opens up mountain passes, allowing militant forces to move in from neighboring Pakistan.