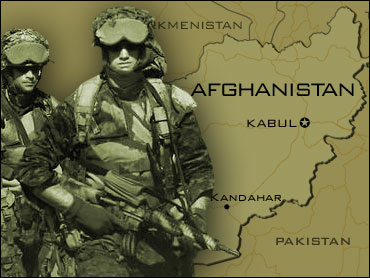 Security forces thwarted a bombing in a southern Afghan town by capturing a donkey laden with explosives and a man who was plotting to blow up the animal in a rebel attack, a government spokesman said Thursday.

The donkey had 66 pounds of explosives and several land mines strapped to its back hidden in old sacks, said Ali Khail, a local government spokesman in Qalat town. The charge was linked to a remote-controlled detonator.

Acting on a tip-off, the man and animal were captured as they walked into the city from the surrounding countryside in Zabul province, where Taliban rebels are believed to hide.

"The terrorists wanted to use the donkey as part of an attack," Khail said. "It would have been a massive explosion."

He said police were investigating the intended target, but he suspected it may have been a U.S.-led coalition base in Qalat.

Insurgents have stepped up attacks using bombs hidden in vehicles or on roadsides, but this is the first with them using an animal.

A roadside bomb slightly wounded four coalition soldiers when it blew up near their vehicle in southern Zabul province Wednesday, said coalition spokesman Maj. Quentin Innis. The four were treated at a base and released, Innis said, but he declined to specify their nationalities.

In neighboring Ghazni province, a roadside bomb killed three Afghan soldiers and wounded one when it blew up under their vehicle, said Mohammed Nasir Ibayat, an army commander. Three suspects were arrested.