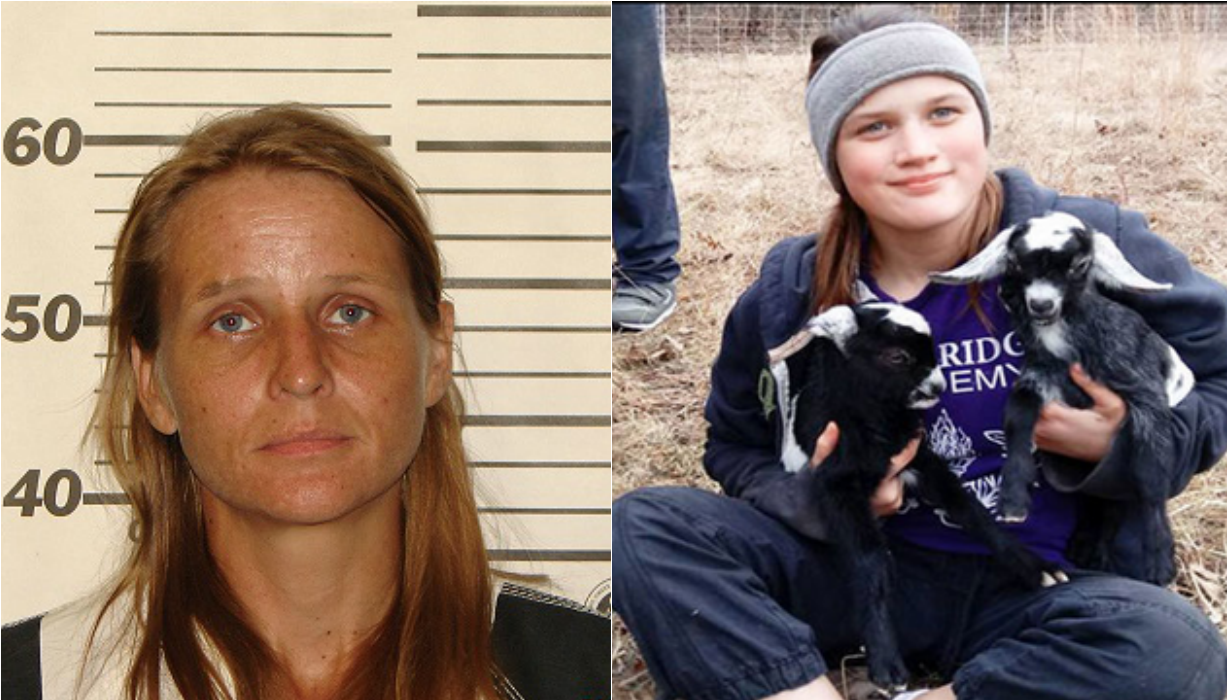 KANSAS CITY, Mo. -- Investigators say a Missouri woman charged with killing her autistic daughter told police she burned herself trying to save the girl from a fire on July 18.

Rebecca Ruud, 39, is charged with first-degree murder, abuse of a child resulting in death and second-degree felony murder in the killing of her 16-year-old biological daughter, Savannah Leckie. She is also charged with tampering with physical evidence and abandoning a corpse, said Ozark County Prosecutor John Garrabrant. He declined to say whether anyone else would be charged, but Sheriff Darrin Reed said the investigation is ongoing and more charges are expected.

According to a probable cause statement filed with the charges, Ruud reported a fire on July 18 on the property where she and her now-husband live in Theodosia, a village of about 250 people near Missouri's southern border with Arkansas. She told fire officials she was burned trying to save the girl from the fire, but refused to let them talk to Savannah.

Two days later, Ruud reported that Savannah had gone missing, investigators said. She later gave differing accounts of how she was injured but claimed Savannah ran away because she blamed herself for starting the fire.

"I had a fire two days ago, Savannah is blaming herself for the fire, I got burnt, I think that's why she ran away. She took her pillow and blanket and her favorite coloring bag. We can't find her anywhere," Ruud told investigators, according to the affidavit.

Several searches of the property turned up human teeth, a meat grinder, a knife and 26 bottles of lye, which can be used to accelerate the breakdown of bodily tissue, according to court documents. Human bone fragments were found in a field about 400 yards from the home on Aug. 4. During that search, Ruud and her husband left the farm and got married.

A forensic analysis identified the remains as Savannah's, the sheriff said.

Ruud was arrested at a Greyhound Bus station on Saturday. She had bought a ticket to Kansas City and her husband, who has not been charged, had a ticket to Memphis, Tennessee. Investigators arrested her because she was known to have contacts in several states and is affiliated with groups involved in living off the public grid, according to the probable cause statement.

Ruud told investigators that she put Savannah up for adoption when she was born and that the girl spent most of her life in Minnesota. Affidavits filed in support of search warrants describe Savannah as having high-functioning autism.

Savannah's adoptive mother, Tamile Leckie-Montague, asked Ruud last November to take the teen because Savannah couldn't get along with her fiancé, Cary Steeves. Ruud agreed and was given power of attorney. After the girl moved to Missouri, she was home-schooled and had "almost no social contacts," according to an affidavit filed by an Ozark County deputy.

Ruud's ex-boyfriend, Buddy Smart, told investigators he had seen her discipline Savannah by forcing her to crawl through a hog pen and making her to bathe in a pond, the affidavit states. Ruud acknowledged that was true and told investigators that when Savannah cut her arm "in a suicidal gesture," she forced the girl to scrub the wound daily with alcohol and salt as punishment.

Steeves told Minneapolis television station KSTP-TV that Savannah "needed a lot of one-on-one focus and the farm just seemed like a really good place for her at the moment." He told the Star-Tribune that Leckie-Montague last spoke to Savannah on June 3, which was her 16th birthday, and that there was "nothing like big, red flags" suggesting anything was amiss.

Leckie-Montague, who lives in the Minneapolis suburb of Columbia Heights, told authorities that Ruud "continually complained" about how Savannah was acting on the farm and the time and money it took to care for the girl, according to the probable cause statement.

Leckie-Montague issued a news release Tuesday thanking Missouri investigators and asking for privacy for her and her family.

"Our family is in deep grief and is mourning Savannah as her remains were identified yesterday. This is not the outcome that we were hoping and praying for," she wrote.

Ruud is being held in the Ozark County jail. A cellphone number listed as hers wasn't working, and the public defender's office didn't immediately reply to a phone message seeking comment.