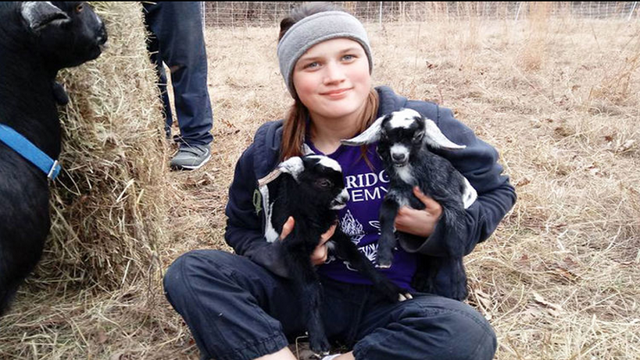 OCIE, Mo. — Authorities say burned human bones found on a rural property in southwest Missouri might be those of a 16-year-old girl who hasn't been seen for nearly three weeks.

Ozark County Sheriff Darin Reed says a third search warrant was executed Wednesday on the property in the Ocie area of western Ozark County where the remains were found Friday.

The property belongs to the mother of Savannah Leckie, who reported the girl missing July 20.

Reed says experts will make and identification using dental records and DNA from bones and teeth found in a burn pile near a home where the girl lived with her mother and her mother's boyfriend for about a year.

Residents and officials in the area have been conducting extensive searches since the girl was reported missing.