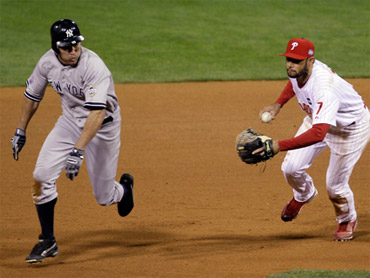 The Early Show entertainment contributor Laurie Hibberd reports that, according to Hollywood.com, "Anger Management" is the biggest opening of 2003 with $44.5 million.

Colin Farrell's thriller "Phone Booth" lost half its audience and fell to number two with just $7.5 million and "What A Girl Wants" came in third place with $6.7 million.

The Adam Sandler and Jack Nicholson comedy revived the box office after four-straight slumping weekends as the top 12 movies took in $86.9 million, up 6 percent from the same weekend last year.

"Anger Management" grossed more than the rest of the top 12 combined. No one was seeing that. Everyone was thinking the comedy would do mid- to high-$30s, because it has Jack Nicholson and Adam Sandler, a pretty good combo.
Sandler always opens well, Hibberd says.