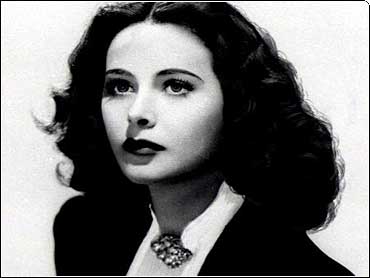 Hedy Lamarr, the Austrian-born actress whose exotic glamour and sex appeal sparked a string of hit films of the '30s and '40s, was found dead in her home Wednesday. She was 86.

Lamarr's death was being investigated, a routine manner in an unattended death, said Steve Olson, a spokesman for the Seminole County Sheriff's Office. The death was not suspicious, he said.

She was billed as the world's most beautiful woman. Her pale skin, almond eyes and dark hair gave her an exotic look, and her films included Tortilla Flat, in which she played a part-Mexican woman; White Cargo, playing the slave woman Tondelayo; and Lady of the Tropics.

She was reputedly producer Hal Wallis' first choice for the heroine Ilsa in the 1943 classic Casablanca, the part that eventually went to Ingrid Bergman.

But she claimed to scorn the glamorous image. In a 1942 Associated Press interview, she showed a reporter her house, complete with hen house and homemade curtains, and implored: "Now you will not write I am a glamour girl?"'

"Any girl can be glamorous," she once said. "All you have to do is stand still and look stupid."

She first achieved international fame and notoriety as a result of the 1933 Czech film Ecstasy, in which she acted in a steamy love scene and appeared nude in a 10-minute swimming sequence.

Hollywood was decades away from such frankness, but it knew a beautiful face and it knew the value of the publicity Ecstasy engendered.

After a few years away from the camera as the wife of Fritz Mandl, an Austrian munitions magnate, Lamarr was signed by MGM and brought to the United States in 1937. Her new screen name was said to be an homage to the 1920s screen beauty Barbara La Marr.

Her American film debut came in 1938 with Algiers, co-starring Charles Boyer. She played a wealthy adventuress and became a box-office sensation despite grousing by Boyer that she couldn't act.

In its review, the show biz paper Variety disagreed. "She brings to the picture an abundance of good looks, acting talent and enticement," its review said, praising her mastery of English and adding that with a little encouragement, "nothing apparently stands between her and success in Hollywood films."

One of her most successful films was Paramount's 1949 Samson and Delilah, directed by Cecil B. DeMille with Victor Mature as Samson. She got a rare chance to try her hand at comedy in My Favorite Spy, a 1951 Bob Hope film.

Her career faded in the middle '50s, when she appeared in some Italian productions. Her lasfilm was The Female Animal with Jane Powell in 1958.

She said her career suffered because she wouldn't sleep with a VIP just to get ahead. "My problem is I'm a hell of a nice dame," she said in a 1970 interview. "The most horrible whores are famous. I did what I did for love. The others did it for money."

Her lurid 1966 autobiography Ecstasy and Me, filled with sexy anecdotes including a couple involving other women, became a best-seller. But she later sued, saying the manuscript prepared by the ghostwriter was full of distortions and outright errors.

Another side of her was described in the 1992 book Feminine Ingenuity. Drawing upon knowledge about military products that she picked up while married to Mandl, Lamarr came up with the idea of a radio signaling device that would reduce the danger of detection or jamming. She and a friend, composer George Antheil, developed the idea further and received a patent in 1942.

The method was not used in the war, but since the '80s, high-tech versions of the concept, called "spread spectrum," have been used in some cordless phones, military radios and wireless computer links.

Lamarr is a "huge part of the history of this industry," Proxim Inc. Chief Executive David C. King told The Wall Street Journal in 1997. His company introduced a circuit board with spread spectrum in 1989 and later put out hundreds of products using the technology.

The daughter of a banker, Lamarr was born Hedwig Kiesler in Vienna on Nov. 9, 1913, although some references say 1914 or 1915. Discovered as a teen-ager by Austrian director Max Reinhardt, she began in films as a script secretary and bit player.

She adopted a son, James, and had two children with Loder, Anthony and Denise.

A pair of shoplifting arrests (neither of which resulted in convictions) caused headlines in her later years.

She was acquitted by a jury in Los Angeles on charges of stealing $86 worth of merchandise from a department store in 1966.

In August 1991, she was arrested and accused of stealing $21.48 worth of merchandise from a drugstore in Casselberry, Fla. She said she and a companion forgot to put the items in their shopping cart. Lamarr was never formally charged.

"I'm sick and tired of being in the limelight," Lamarr told a New York radio station after the second incident.

Her daughter, Denise Loder Deluca, said her mother was deluged by sympathetic calls after the Florida arrest. "It warms my heart that people care," she said at the time. "But she isn't down and out, and she doesn't need help."

In recent years, the once-celebrated movie queen lived quietly in a suburb of Orlando. Friends had said she ws legally blind and did not venture out on her own.