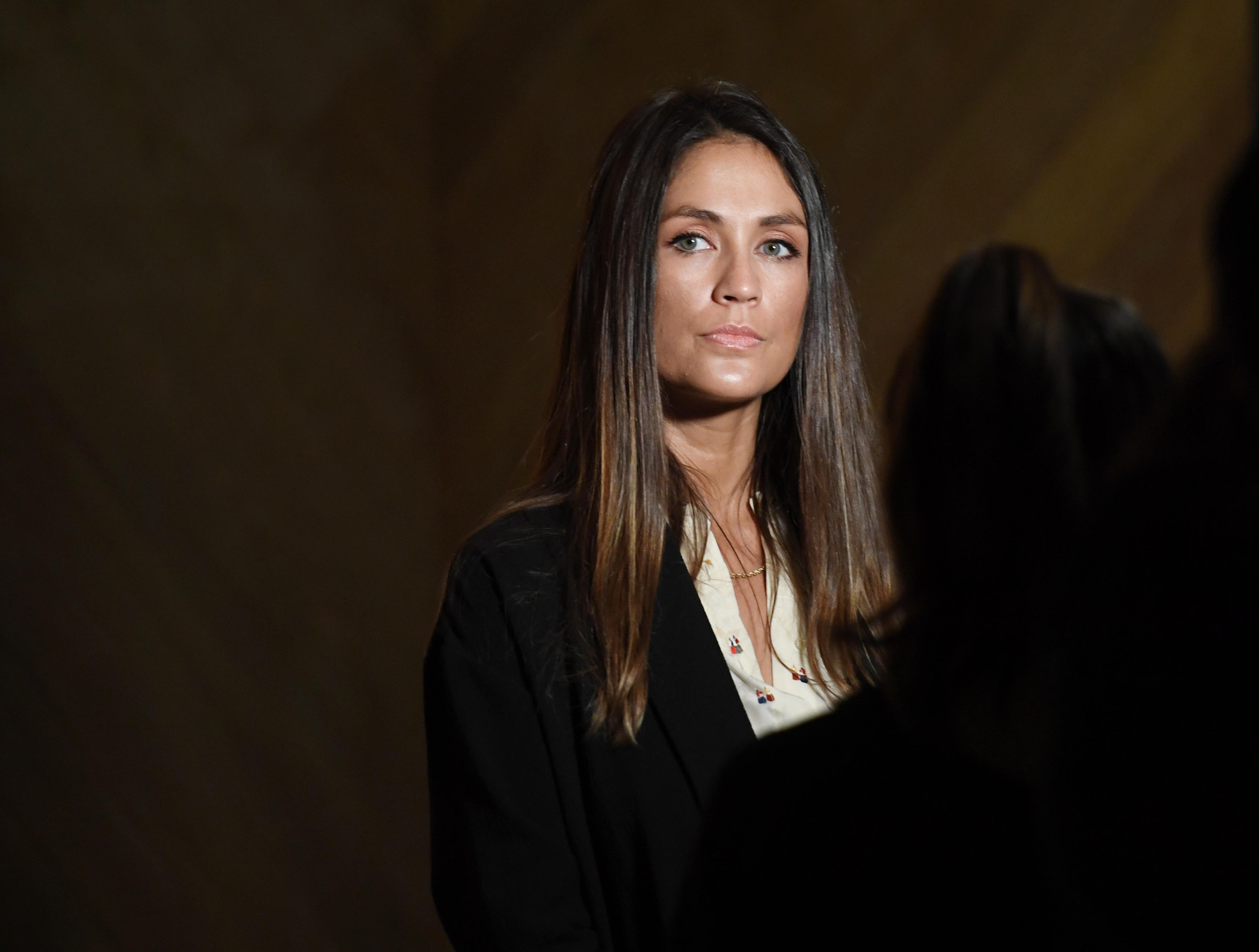 LOS ANGELES -- An aspiring actress is suing Harvey Weinstein's former company, alleging that it was aware of the disgraced film mogul's sexual misconduct dating back to the 1990s.

Attorneys for Dominique Huett of New York filed a negligence lawsuit Tuesday in Los Angeles Superior Court accusing Weinstein of performing oral sex on her against her wishes at a Beverly Hills hotel in 2010. It says Weinstein also badgered her to give him a massage in his room at the Peninsula Hotel nearly seven years ago.

Huett did not report the incident to police and is not alleging a crime occurred, said her attorney, Jeff Herman. She is suing The Weinstein Co. because she only recently learned of claims that the company knew of long-running sexual harassment allegations against its co-founder, he said.

The attorney said that information is key to overcoming statute-of-limitations hurdles that would otherwise block the case from moving forward.

"It really is about the casting couch and the company knowing about it," Herman said, adding that he did not know if Huett would speak to police.

She joins dozens of women who have accused Weinstein of misconduct ranging from harassment to rape. Weinstein representative Sallie Hofmeister has denied all allegations of non-consensual sex.

Malthe, a still working actress with dozens of credits, is at least the sixth woman to publicly accuse Weinstein of rape.

Allred, who is representing numerous accusers against Weinstein, is pressing The Weinstein Co. to create a "substantial" fund to compensate alleged victims of sexual assault and harassment by the company's former co-chairman. Citing previous statements by The Weinstein Co. regarding justice for victims, Allred urged the film mogul's former company to "put their money where their mouth is."

A representative for The Weinstein Co. and the film mogul himself did not immediately respond Wednesday to emails seeking comment about Huett's allegations.

Huett's sole acting credit is as an extra in a 2015 episode of "Blue Bloods," according the website IMDb.com, which catalogs films, television shows and actors' credits. Herman said he has emails that confirm Huett was talking with an executive producer for "Project Runway" about a role on the series, which The Weinstein Co. produces.

Huett and her attorney held a press conference Wednesday in Los Angeles.

Weinstein was fired from the company he co-founded earlier this month after The New York Times detailed decades of allegations of sexual harassment by several actresses, including Ashley Judd. The Times later reported additional harassment allegations from Gwyneth Paltrow, Angelina Jolie and others, and The New Yorker reported that three women have accused Weinstein of rape.

Police in Los Angeles, London and New York are investigating allegations against Weinstein, 65.

Herman, a Florida attorney who has successfully pursued clergy sexual abuse cases, was forced to apologize to two entertainment industry figures he sued in 2015 on behalf of a man who alleged they abused him while he was underage.

Herman apologized to producer Garth Ancier and former Disney executive David Neuman for suing them based on claims by Michael Egan III. Egan was later convicted of fraud for running a scheme that defrauded several people of hundreds of thousands of dollars by claiming they would see large returns on investments in various holiday attractions, land development and investment deals, and television shows.

"Based on what I know now, I believe that I participated in making what I now know to be untrue and provably false allegations against you," Herman wrote in a letter to Ancier and Neuman. "Had I known what I learned after filing the lawsuits, I would never have filed these claims against you."