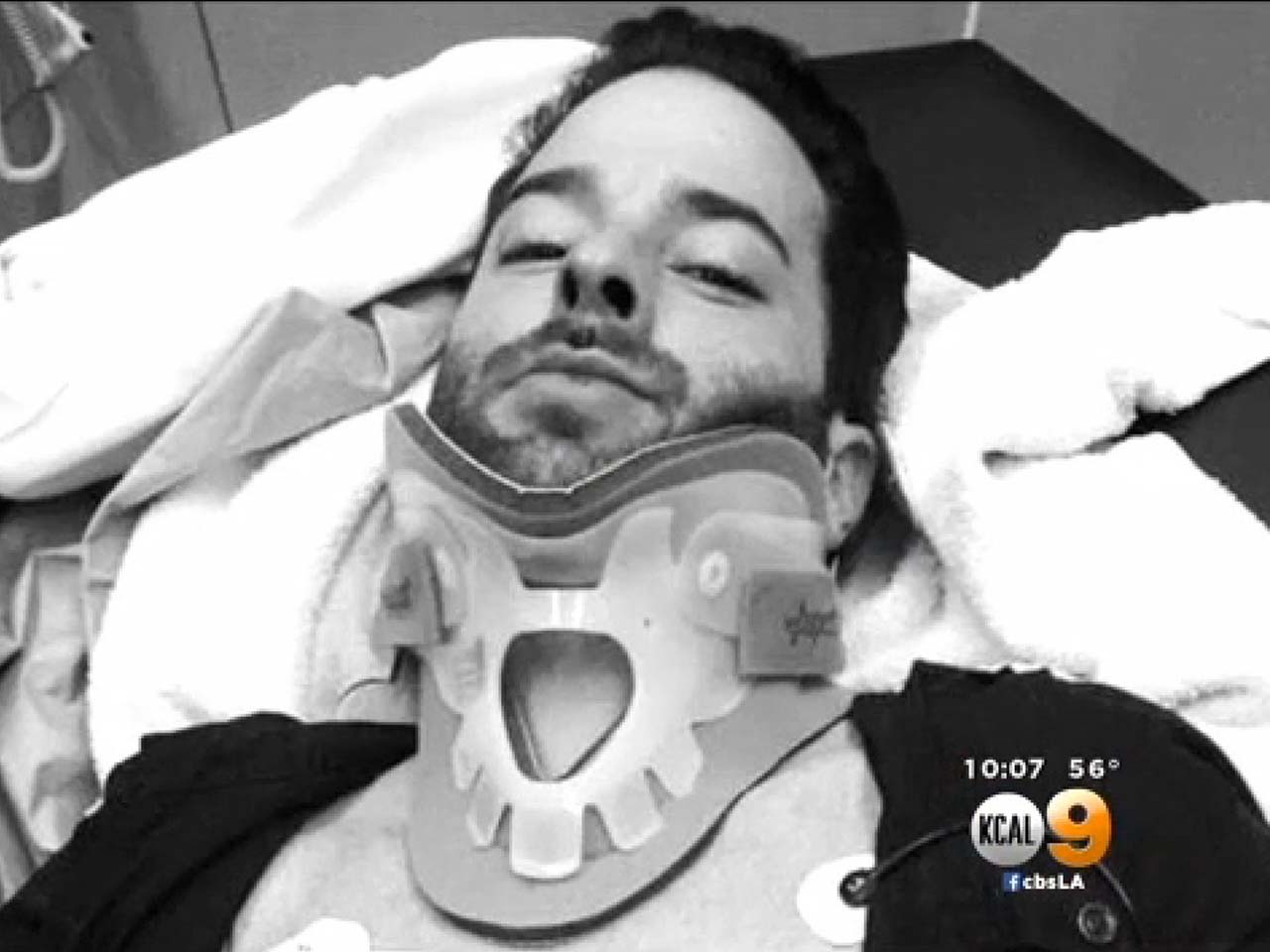 An actor who said he was on his way to bring a Thanksgiving meal to a friend was beaten up by a pair of men after calling one of them out for reckless driving, CBS Los Angeles reports.

Corey Sligh, 27, who has played a bartender and waiter on CBS' "The Young and the Restless," was with his girlfriend, Alisa Berhorst, and going to a Rite Aid in West Hollywood to bring a Thanksgiving meal to a friend.

Berhost told KCAL9's Laurie Perez that two men in a car were speeding around the parking lot and doing donuts.

"They almost hit people in the parking lot. They were hitting curbs, and Corey said, 'Please slow down or we're gonna call the cops. Just go home.'"

LAPD confirms they've arrested two men they said exchanged words with the couple, actually hit Sligh with their car and got out of the vehicle and began beating him.

Sligh ended up with a broken arm and was being treated at Cedars-Sinai Medical Center.

Police said the suspects fled the scene but crashed their vehicle nearby. A witness who followed them, helped police locate the suspects.