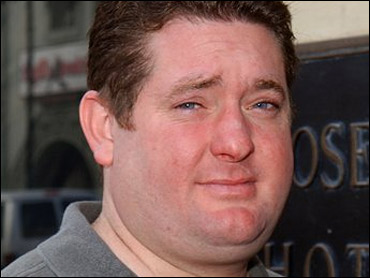 Santa Monica police discovered the actor's body at his first-floor residence around 4 p.m. Tuesday, Lt. Frank Fabrega said. Police said he was 40 but several celebrity Web sites list his age as 43. There were no obvious signs of foul play, Fabrega said. Autopsy results were pending.

"The Penn family would appreciate the media's respect of their privacy during this difficult time," Mara Buxbaum, Sean Penn's publicist, said in a statement.

Penn's body was discovered in a bed inside the residence, located in a four-story complex near the beach on Ocean Avenue in Santa Monica, said Capt. Ed Winter of the county coroner's office. Authorities were called to the condominium complex by Penn's housekeeper, Winter said.

On Tuesday night, actor Martin Sheen left the condominium complex from a rear exit with two older women but did not comment.

Although he was not as well known or praised as his brother Sean, critics said he often was underrated.

"Just as talented as Sean — just a lot less cocky," Slate magazine critic Cintra Wilson wrote of him last year. He "makes you seamlessly believe in characters so much you barely even notice them."

A bar on New York's Lower East Side called "Nice Guy Eddie's" was named for his performance in "Reservoir Dogs." Penn attended the opening and mixed easily with patrons, said David McWater, the bar owner and an acquaintance of the actor.

"He was real nice approachable, just one of the guys. He wasn't standoffish, not trying to be star," McWater said.

Chris Penn comes from a prominent show biz family. His Oscar-winning brother, Sean, has been married to actress Robin Wright Penn for ten years and before that, was husband to Madonna. Chris Penn's other brother, Michael, is a musician, married to singer Aimee Mann.

Sean, Chris and Michael Penn are the children of actress Eileen Ryan, whose credits include "Parenthood," and the late Leo Penn, who was blacklisted during the Red scare of the 1950s and went on to become one of TV's most prolific directors, with credits including "77 Sunset Strip," "Bonanza," "Dr. Kildare," "Ben Casey," "Alfred Hitchcock," "The Fugitive," "Lost in Space," "Ironside," "Marcus Welby," "Columbo," "Hart to Hart," "Matlock" and "Magnum, P.I."