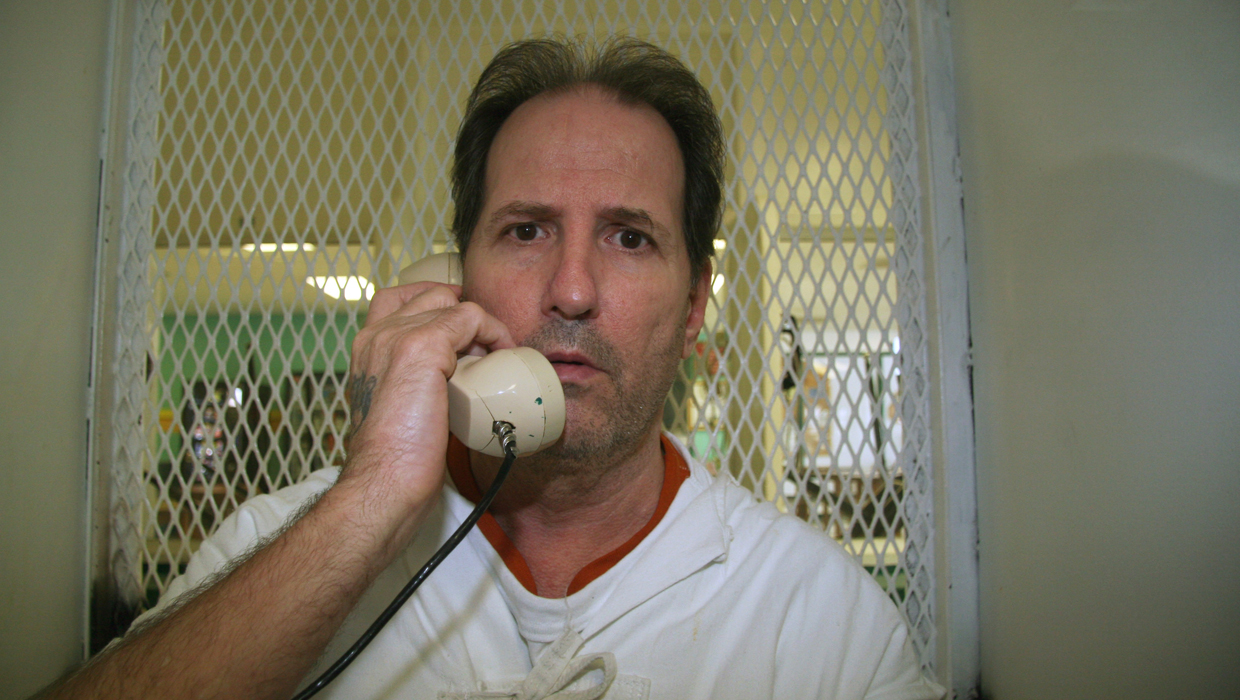 NEW YORK - The clock is ticking for Max Soffar, a Texas man dying of liver cancer who is on death row for a crime he says he didn't commit.

"It's your worst nightmare," says Brian Stull, a senior staff attorney for the American Civil Liberties Union (ACLU), who serves as legal counsel for Soffar. Stull, along with the ACLU and other members of Soffar's legal team, are putting pressure on Texas Governor Rick Perry to grant the 58-year-old clemency so that he can spend his last days alive at home with his wife.

Soffar has been on death row for 33 years for a robbery-gone-wrong at a Houston bowling alley in 1980 that left two employees and one of their girlfriends dead. There was no physical evidence that tied him to the crime - only a confession made by Soffar that he and his attorneys contend was one big lie.

Soffar was 24-years-old at the time of the crime, but because of a long history of brain damage and substance abuse, he had the mental capacity of an 11-year-old, according to the ACLU. He implicated himself in the bowling alley murders during an unrecorded interrogation by Houston Police that spanned three days.

"Everything in those statements that I made does not match the crime scene," Soffar told Texas Monthly in an interview from death row earlier this year. "It's all made up off the top of my head."

It's true, the ACLU contends; Soffar's statements didn't match up with other evidence in the case. Still, he was convicted by a jury in 1981 and was sentenced to death. Stull largely blames the conviction on Soffar's trial attorney - a man named Joe Cannon, who later became known as "the sleeping lawyer."

Soffar went on trial for the second time in 2006 and was again convicted and sentenced to death. Stull blames the second conviction on the trial judge's refusal to allow evidence that another man - Paul Reid - likely committed the crime.

A petition for clemency filed by the ACLU earlier this year, alleges Reid, a serial killer who died in 2013 on Tennessee's death row, can be linked to the scene and confessed to the crime to one of his accomplices.

In 2008, a witness who worked at the bowling alley where the crime took place was shown a photograph of Reid from the 1980's and immediately identified him as a person they had kicked out of the bowling alley shortly before the murder, and who made threats to kill workers there.

The Texas Board of Pardons and Paroles recently denied Soffar's petition for clemency, claiming it cannot be granted since an execution date has not been set for him.

Andrew Horne, one of Soffar's attorneys, says they plan to file a response to the board on Tuesday asking them to set aside their procedural argument and consider the petition now.

Horne says he has also filed a federal habeas petition appealing Soffar's conviction, but he says it's possible that petition won't be settled in time; Soffar's health is deteriorating.

A letter was also sent to Texas Governor Rick Perry on behalf of Soffar's legal team earlier this month asking him to "show compassion" and grant Soffar's release. In a statement to 48 Hours' Crimesider on Monday, a spokesperson for Perry said, "The governor is taking the matter under consideration."

Barry Scheck, co-founder of the Innocence Project, says Soffar's "only hope to die at home lies with the governor."

In an op-ed last week in a publication of the Texas Tribune, Scheck writes, "Governor Perry, this isn't a question of politics, of being for or against capital punishment, or even of whether Max Soffar is guilty or innocent. It's a humanitarian appeal - an issue of mercy, compassion and human decency."

Scheck says nearly 30 percent of DNA exonerations involve false confessions and stresses that it should be mandatory that all interrogations be recorded.

Earlier this year, the Justice Department made it mandatory for the FBI and other federal law enforcement agencies to videotape interviews with suspects in most instances. It was already required in 24 states and 850 other jurisdictions.

Attorney Horne agrees that had Soffar's interrogation been recorded, the outcome likely would have been different.

"[Soffar] was clearly someone who was a brain-damaged young man with mental health problems," Horne says. "The evidence just simply isn't there to support a conviction."