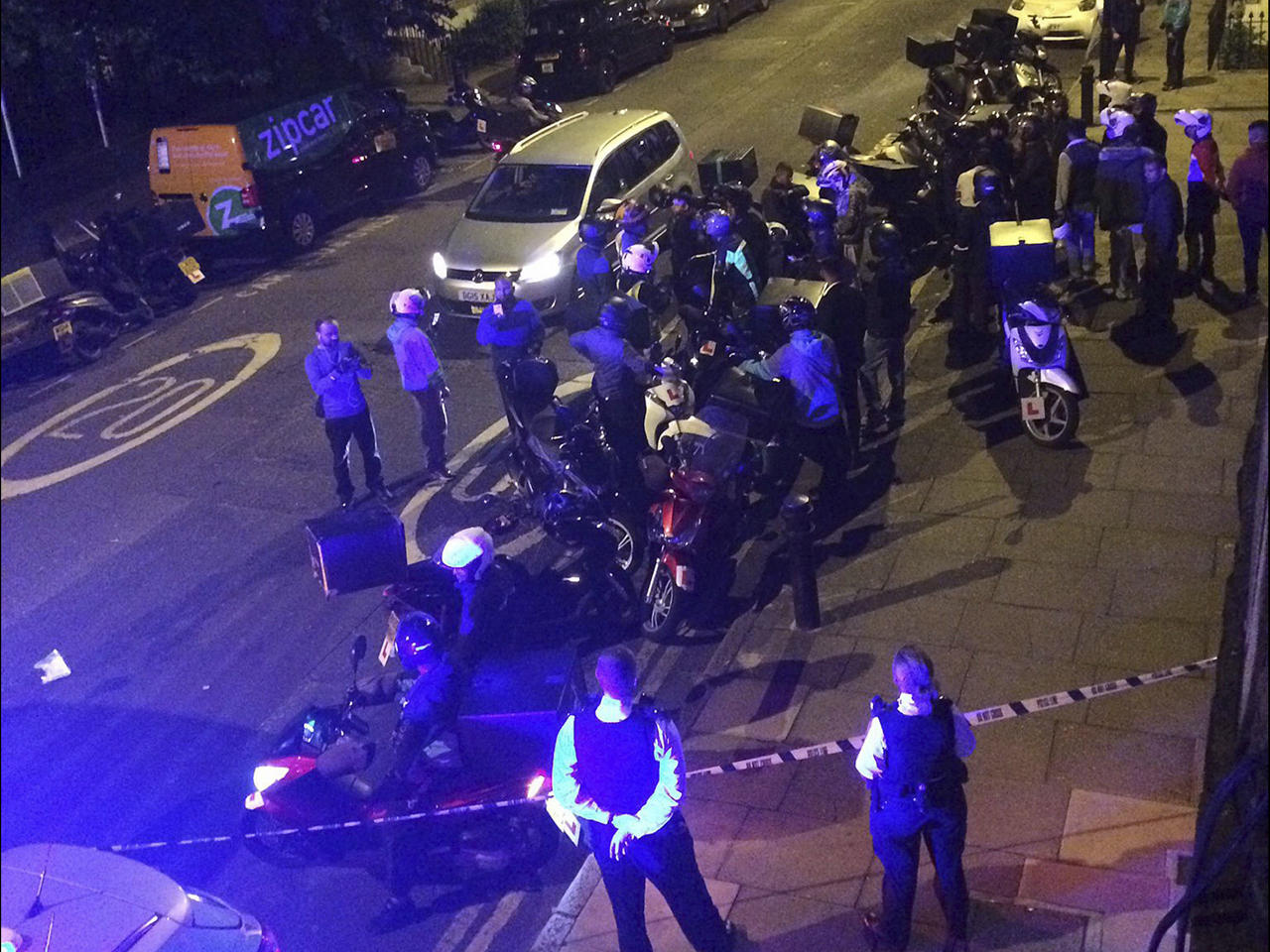 LONDON -- Five linked acid attacks in quick succession by men on mopeds in London left several people injured, British police said Friday -- the latest in a spate of such crimes that have alarmed residents and politicians.

The Metropolitan Police force said the 90-minute attack began late Thursday. Two men on a moped tossed a noxious substance into the face of a 32-year-old moped driver, then jumped on his vehicle and drove away.

The pattern was repeated across a swath of east London. At least one victim, a man in his 20s, was left with life-changing injuries, police said.

Two teenage boys, one 15 and one 16 years old, were arrested Friday on suspicion of robbery and grievous bodily harm, and police appealed to the public for more information.

The assaults come after a spate of high-profile acid attacks, including one in which a man is accused of throwing acid at an aspiring model and her cousin as they sat in their car. A 25-year-old man has been charged in that case.

London police say the number of reported attacks with corrosive liquids rose from 261 in 2015 to 454 in 2016. Some appear related to gang activity or the theft of cars and motorbikes.

In April, acid was sprayed at a crowded east London club night, leaving two revelers partially blinded and others disfigured. A man has been charged and is awaiting trial.

The spike in attacks has prompted some lawmakers to call for restrictions on the sale and carrying of corrosive liquids such as sulfuric acid.

"We will arrest people, we will enforce the law as we can, and we are working very closely with the (government) to try to see if there is any changes in the law required," she told LBC radio.

As U.K. law stands, perpetrators can only be charged with grievous bodily harm (GBH) for attacks using acids or other corrosive substances. For that reason, crime experts say gang members may be turning to it deliberately.

Simon Harding, a criminologist and gang expert at Middlesex University, told CBS News partner network BBC News earlier this year that gangs were making the switch from knives to acid.

"It's not prohibitive to carry bleach, you can buy it online or any DIY stores, it's difficult to prove any illegal motive in carrying it and you can hide it or disguise it in a drink bottle," he told the BBC. "A knife attack is attempted murder, but if you're caught in an acid attack it would be GBH.