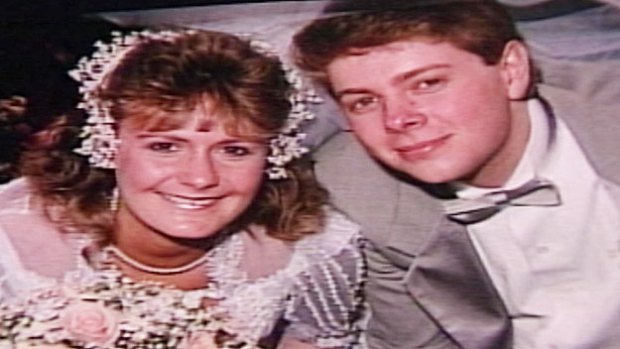 Patrick Randall was 16 in May 1990 when he held a knife to Gregory Smart's throat as Billy Flynn, who was Pamela Smart's then-16-year-old lover, shot him in the head.

Flynn was paroled last month; Pamela Smart is serving life without parole after being convicted of plotting the murder.

Now 41, Randall won parole Thursday at his first hearing. He won't be released until after June 4.

Smart was media coordinator at Winnacunnet High School in Hampton, where both boys were students, when she first seduced Flynn in the months before her husband was killed. Flynn testified that she told him she needed her husband killed because she feared she would lose everything if they divorced. He said she threatened to break up with him if he didn't kill Gregg Smart.

On May 1, 1990, Randall and Flynn entered the Smarts' Derry, N.H. condominium and forced Gregg Smart to his knees in the foyer. As Randall held a knife to the man's throat, Flynn fired a hollow-point bullet into his head.

The trial was a media circus and one of the first high-profile cases about a sexual affair between a school staff member and student. It inspired the Joyce Maynard novel "To Die For," which in turn was made into a movie starring Nicole Kidman.

Randall and Flynn pleaded guilty to second-degree murder and after plea bargains eventually got sentences of 28 years to life. In March 2009, a judge knocked three years off Randall's sentence over the objection of prosecutors who noted that he was involved in a jailhouse assault 15 years before. The judge said Randall's record otherwise had been spotless and that he had shown extreme remorse. Two other teenagers served prison sentences in the case and have been released.

Pamela Smart, who was 22 when her husband was killed, was convicted of being an accomplice to first-degree murder and sentenced to life in prison without the chance of parole. She has admitted seducing the boy but said she didn't plan her husband's murder. She was moved to a women's prison in New York State for unspecified security reasons.

Smart has consistently lobbied for her release, maintaining after Flynn was granted parole that if the person who pulled the trigger could be freed, she deserves the same chance.