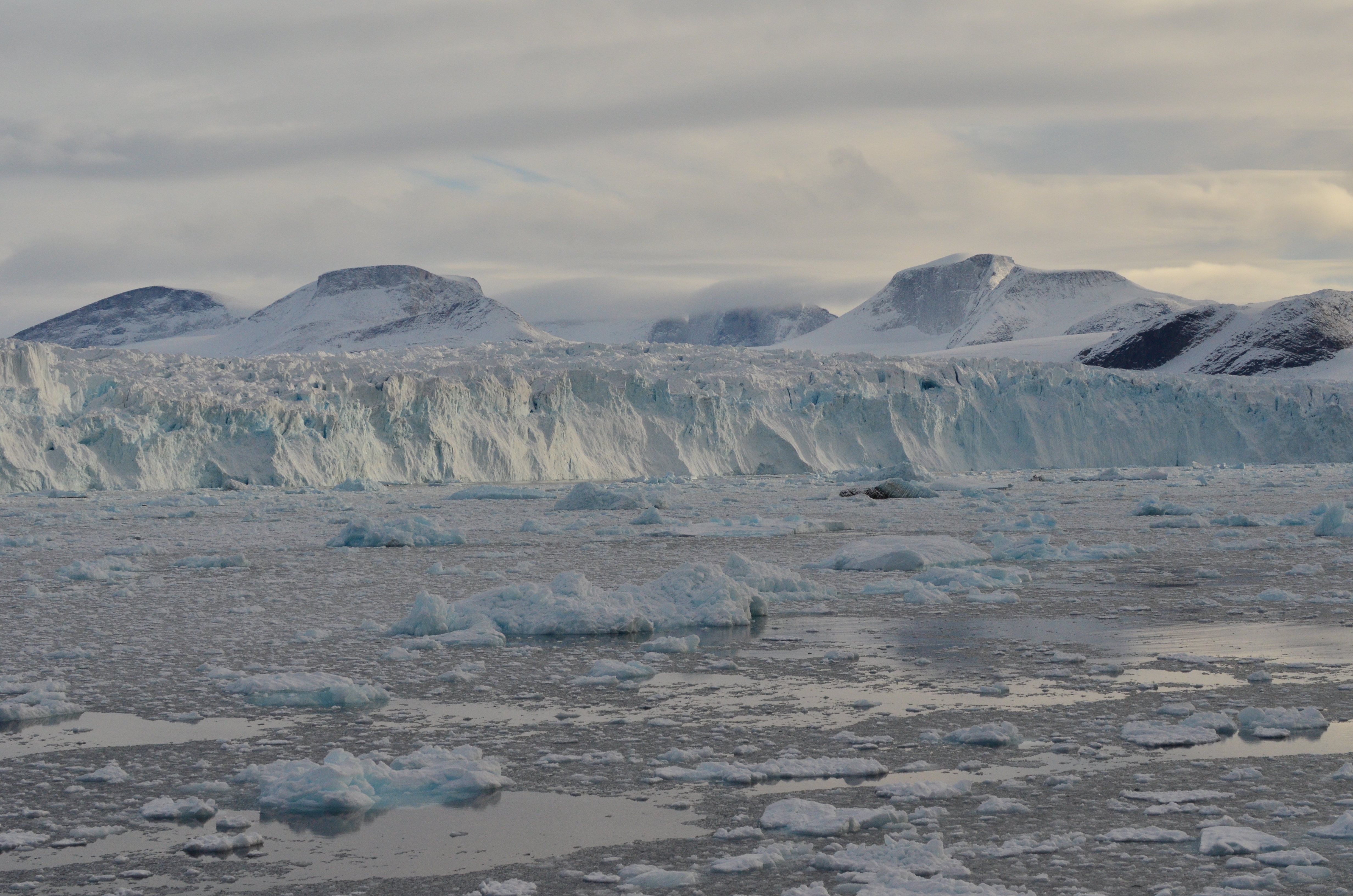 Zachariæ Isstrøm is a giant glacier in the northeast of Greenland. It is one of the three main glaciers that feeds into the roughly 373-mile-long Northeast Greenland Ice Stream that drains 12 percent of the island's interior ice sheet. Right now, the glacier is melting at such a rapid rate that it could lead to a continuous sea level rise for decades to come.

In a new NASA-funded report published in the journal Science, researchers report that the large glacier entered this "phase of accelerated retreat" in fall 2012. The rate of its ice velocity tripled. Warming temperatures, hotter air and water temperatures are causing the glacier to detach from the stabilizing sill that anchors it to the island's coastline.

The glacier drains ice from an area of 35,440 square miles, which is around 5 percent of the ice sheet. On its own, this glacier holds enough ice to raise global sea levels by more than 18 inches, according to a NASA press release.

"North Greenland glaciers are changing rapidly," lead author Jeremie Mouginot, an assistant researcher in the Department of Earth System Science at the University of California, Irvine, said in the release. "The shape and dynamics of Zachariæ Isstrøm have change dramatically over the last few years. The glacier is now breaking up and calving high volumes of icebergs into the ocean."

Similarly, the glacier's equally massive neighbor, Nioghalvfjerdsfjorden, is also melting, but retreating at a slower rate. Together, these melting giants could increase the global sea levels by more than 39 inches.

In order to observe these changes, the research team used data from aerial surveys from NASA's Operation IceBridge as well as imagery from multiple international space agencies. The team used a sensitive radar sounder, gravimeter, and laser-profiling systems in addition to radar and optical images sent from space. All of these tools were used to measure changes in the size, position, and shape of the region's glacial ice.

"Zachariæ Isstrøm is being hit from above and below. The top of the glacier is melting away as a result of decades of steadily increasing air temperatures, while its underside is compromised by currents carrying warmer ocean water, and the glacier is now breaking away into bits and pieces and retreating into deeper ground," study senior author Eric Rignot, chancellor's professor of Earth system science at UCI, said.

Rignot, also a joint faculty appointee at NASA's Jet Propulsion Laboratory, added that researchers have long been curious what a massive melt of the planet's large glaciers would do to sea levels. He said the possible results of this melting are "staggering."

"We no longer need to wonder," he said. "We've been able to directly observe the results of climate warming on polar glaciers."