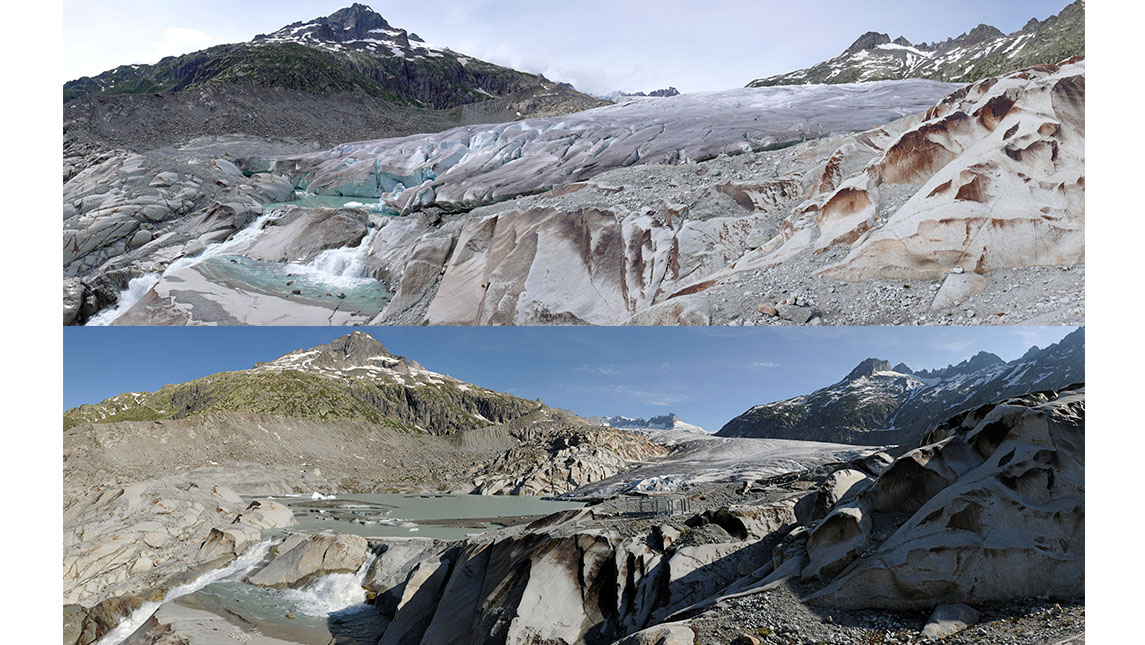 According to a wide-ranging new study, in the first part of the 21st century, glaciers are melting faster than at any point in the last 165 years -- and possibly any point in recorded history.

Published Monday in the Journal of Glaciology by the World Glacier Monitoring Service, the findings represent thousands of observations going all the way back to the 1600s. That includes more than 40,000 on-site measurements of glacier thickness, images from planes and satellites, and reconstructions based on historical pictures and texts.

Together they tell the story of unprecedented ice loss.

"The observed glaciers currently lose between half a meter and one meter of its ice thickness every year. This is two to three times more than the corresponding average of the 20th century," said Michael Zemp, director of the World Glacier Monitoring Service and lead author of the study.

"Exact measurements of this ice loss are reported from a few hundred glaciers only. However, these results are qualitatively confirmed from field and satellite-based observations for tens of thousands of glaciers around the world."

Recent reports have shown that glaciers in Antarctica are melting three times faster than previously thought, and that at their current rate of decline, glaciers in the Everest region could be effectively gone by the year 2100.

The authors argue that not only is glacial retreat a global phenomenon, but that the advances we occasionally see -- such as rebound of some glaciers in the 1990s -- are not substantial enough to reverse the trend.

What's more, even if we were to suddenly stop climate change in its tracks, the trend would continue, according to the researchers.