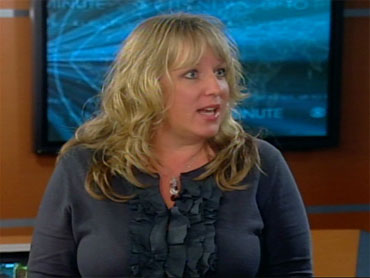 A letter from Spc. Sabrina Harman to her roommate in Virginia suggested that the Army reservist took pictures of detainee abuse at Abu Ghraib prison because she was opposed to the treatment and wanted to document the wrongdoing.

"At first I thought it was funny, but these people are going too far," Harman wrote to Kelly Bryant in the Oct. 20, 2003, letter, which was introduced in court during defense arguments at her trial Monday.

"Kelly, it's awful," it continued. "I thought I could handle anything, but I was wrong."

Harman, a former pizza shop manager from northern Virginia, is the second soldier to be tried for allegedly mistreating detainees in the Abu Ghraib scandal. The defense began presenting its case Monday morning and wrapped up later in the day without calling Harman to the stand.

Harman is depicted in several of the most notorious photos taken at Abu Ghraib in late October and early November 2003, and she is accused of taking other pictures.

Harman posed for a photo with Pvt. Charles Graner Jr. behind a group of naked detainees stacked in a pyramid. In another photo, the 27-year-old reservist is shown with a prisoner on whose leg she is accused of writing "rapeist."

She faces up to 6 1/2 years if convicted of conspiracy to maltreat detainees, five counts of maltreating detainees and dereliction of duty.

Harman said in the letter that her initial amusement at how the detainees were mistreated gave way to the realization that her co-defendants were engaged in illegal actions.

"It hit me it was a form of molestation — you can't do that," she wrote.

The letter to Bryant, described on ABC's "20/20" as Harman's lover, was written a few days before the first instance of abuse that Harman is accused of committing. Bryant read Harman's words from the witness stand Monday.

Defense lawyer Frank Spinner doesn't dispute that Harman took and appeared in several of the Abu Ghraib photos but contends the images don't tell the whole story of what went on inside the Baghdad-area prison.

He said Harman was a novice soldier who had no prison guard experience and who received virtually no training before going to work at the chaotic and overcrowded prison as part of the 372nd Military Police Company, based in Maryland.

Six co-defendants in the Abu Ghraib case have made plea bargains. Graner was convicted in January and is now serving a 10-year sentence in an Army prison.

Pfc. Lynndie England, the most recognizable Abu Ghraib defendant, also reached a plea deal but the judge threw it out in early May after Graner's testimony contradicted England's assertion that she knew her actions were wrong.