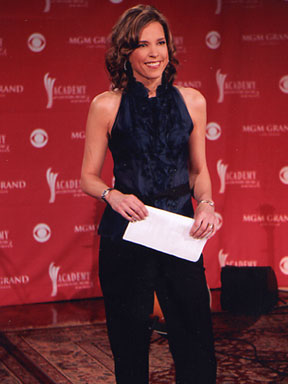 A doctor was convicted of manslaughter Tuesday in the death of a patient following a late-term abortion.

A former clinic administrator was found guilty of negligent homicide.

Dr. John Biskind and Carol Stuart-Schadoff had both been charged with manslaughter in the death of LouAnne Herron, who bled out after an abortion at the now-closed A-Z Women's Center in Phoenix on April 17, 1998. An autopsy found Herron's uterus had been ruptured by a medical instrument.

"We don't usually prosecute doctors for bad medicine but this case was so bad we had to make a stand," said prosecutor Paul Ahler.

The verdict capped one of Arizona's first criminal cases against a doctor in a patient's death. Jurors deliberated briefly following closing arguments Thursday and resumed again Tuesday morning. Sentencing for both was set for March 20.

Biskind declined to comment after the verdict. His attorney, Lawrence Kazan, said the jury criminalized medical conduct. He said he wondered what implications that would have in the future.

"We're sorry the jury didn't see it our way," said Kazan. "We think at worst this was a case of medical malpractice."

Stuart-Schadoff did not respond to questions. Her attorney, Cameron Morgan, said he wanted to seek a new trial.

"Obviously we disagree with the verdict," Morgan said.

Prosecutors said Biskind and Stuart-Schadoff caused Herron's death by ignoring sonograms showing how developed her pregnancy was and provided little care for the patient as she bled heavily.

Prosecutors said seven sonograms were performed on Herron to determine the length of her pregnancy, ranging from 26 weeks to 23 weeks and three days. But they said six of the sonograms were either lost or destroyed by the defendants.

Arizona law doesn't give a specific date after which a doctor can no longer terminate a pregnancy, but it prohibits aborting a fetus after it becomes viable enough to live outside the womb -- usually 22 to 26 weeks.

The clinic advertised itself as the only place in Arizona performing abortions up to 24 weeks.

Prosecutors also charged that Biskind provided little care for the patient as she bled and left for a tailor shop sometime after performing the abortion, even though there were no doctors or registered nurses at the clinic at the time.

Biskind denied on the stand last week that he had manipulated ultrasound tests. He also said he didn't know Herron's uterus was perforated and left the clinic in the belief the patient was fine.

Kazan, who said prosecutors had put Biskind's medical judgment on trial, argued that the doctor had checked on Herron and found a relatively small amount of bleeding. He said Biskind left without knowing how serious her condition was.

Prosecutors also said Stuart-Schadoff didn't schedule a registered nurse for the clinic on the afternoon of Herron's death and later delayed a call t911 after the woman's condition deteriorated.

Stuart-Schadoff's attorney countered that the former administrator had no medical training and was not at fault because she was not involved in the procedure or in causing the injury.

Biskind's medical license was revoked after a botched abortion on a 17-year-old patient in June 1998. In that case, the doctor delivered a full-term baby that Biskind had estimated at 23.6 weeks.