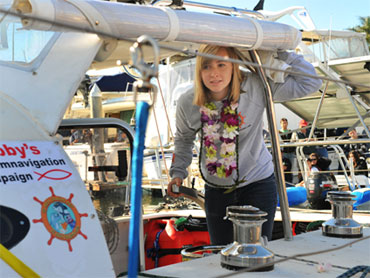 Relieved that their 16-year-old daughter attempting to set a solo round-the-world sailing record has been located safe, the parents of Abby Sunderland said this morning that she is extremely resilient and more than qualified to have undertaken this trip.

When asked this morning if he believed Abby was prepared enough to be allowed to undertake such a voyage alone, Laurence Sunderland said, "Absolutely. If I didn't, she would never have gone.

"It wasn't an easy decision to let Abigail go out on the ocean; she had to prove herself in many ways before she embarked on this trip," Sunderland told CBS "Early Show" anchor Harry Smith. "She definitely proven herself with the adversities that nobody knows about - only her and I know about - that she's overcome during the course of her trip. Not everything that Abigail has been through does she publish [on her blog].

Abby's brother, Zach Sunderland (who had previously held the record for sailing round-the-world solo at age 17), was also confident.

"I know the Indian Ocean and it's not a good place to be especially in the storm," he said. "But Abby had all the correct safety gear to her boat, she has backups for everything. So I did know that she would be physically safe. I think she's going to be beaten up for the time that she's in the storm and there's nothing you can do with that. It's part of the territory.

"She's proven herself this far, and she's just getting through that, that little patch there. So yeah, we were quite concerned, but she's doing all right out there. She seems to have stabilized the conditions she's in and she's just waiting now," Zach said.

Abby Sunderland started on her solo around-the-world sailing adventure in January, but ran into rough weather, as windswept seas halted her journey at the halfway point, hundreds of miles from land in the Indian Ocean.

All communications stopped yesterday, a day after Abby posted a message on her blog: "I've been in some rough weather for a while, with winds steady at 40 to 45 knots with higher gusts."

A Quantas Airbus found her at daybreak, guided by signals from emergency beacons, and contact was made with Abby via VHF radio. The mast has been knocked down or torn off the boat, but the sailor said she is fine.

Winds have reportedly died down, and Abby has enough food to tide her over until the closest boat can reach her sometime within the next 48 hours.

Laurence Sunderland said his daughter is well, and "relieved" that a rescue attempt is underway.

Some have questioned whether her parents exercised good judgment in letting a 16-year-old undertake such a risky adventure.

"I'm not by any means condemning their decision to let her go, but there are huge risks, as there are with any sport when you're on the extreme edge," Charles Noble, executive director of the American Sailing Association, told CBS News.

On The Early Show" Marianne Sunderland, Abby's mother, sounded confident even when hearing of the hazards she faced on her trip.

"We're always concerned," she told Smith. "You know, I never find out about these things 'til afterwards. But she has a very resilient spirit and she enjoys heavy winds and big seas. She likes to sail fast. So I knew that it was just another challenge really for her. I think that's how she would look at it." 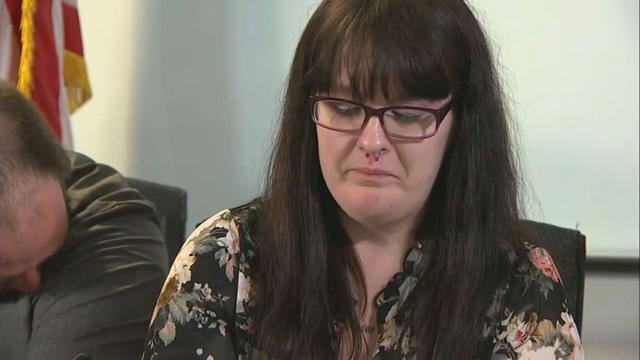 The new mother says she carries "a machete, a knife and pepper spray" around her home after the attempted kidnapping of her daughter.