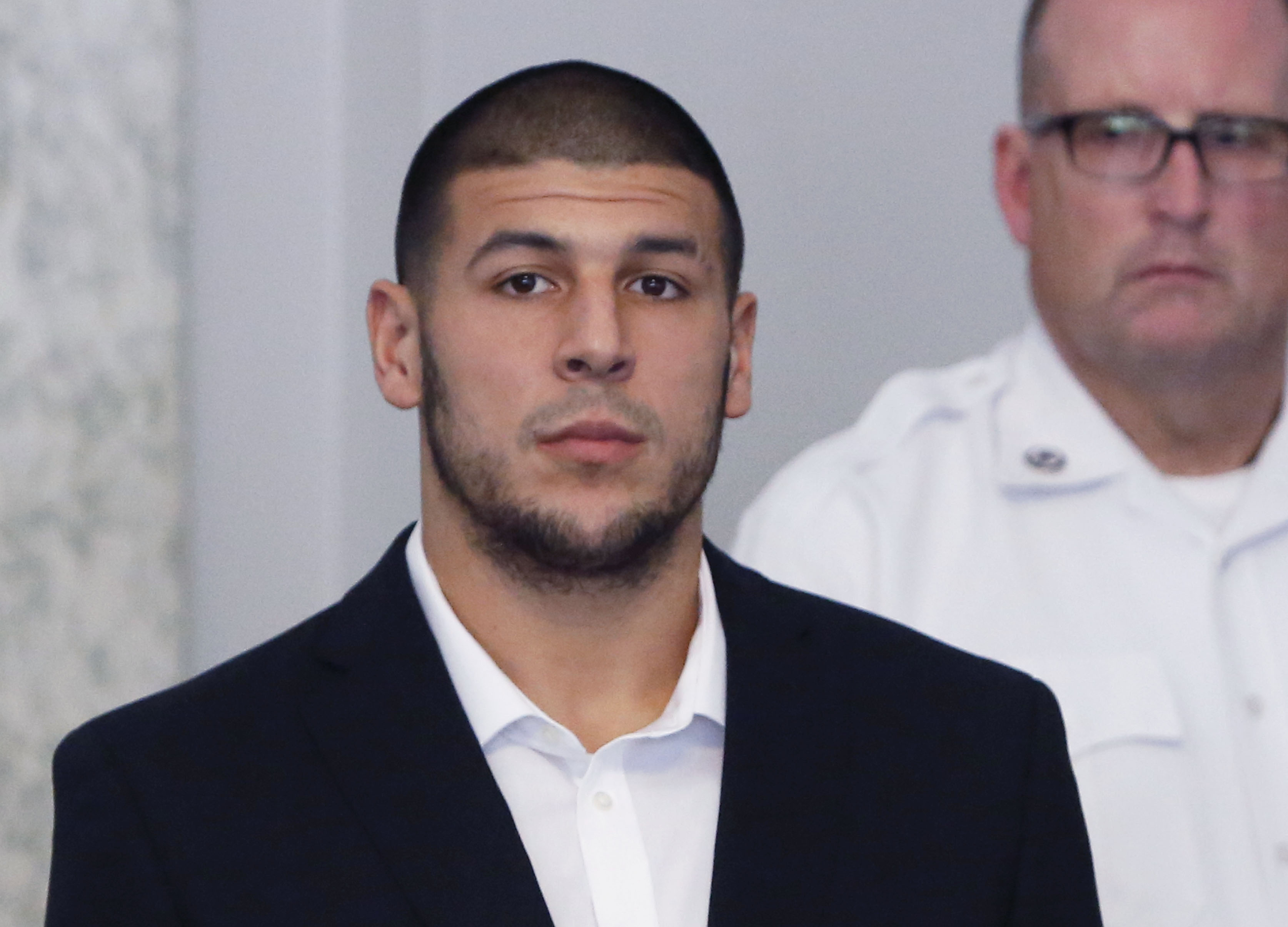 (CBS) SPRINGFIELD, Mass. -- Police have uncovered a gun they say was used in 2012 Boston double murder, a crime they say could be linked to former Patriots star Aaron Hernandez, CBS Springfield reports. Hernandez, of Bristol, Conn., is being held without bail after being charged with first-degree murder in connection with the June death of his friend, Boston semi-pro football player Odin Lloyd.

Citing a state police report, CBS Springfield reports that police discovered a .38 caliber Smith and Wesson revolver in the car of Jailene Diaz-Ramos, 19, also of Bristol, after she was involved in an accident June 21 on I-91 in Springfield, Mass.

The gun was in the trunk tucked away in suitcase along with three rounds of ammunition.

State police sources tell CBS Springfield that ballistics testing confirms that bullets matched those found at the scene of the killing of two men outside a Boston bar in July 2012.

Lloyd may have been killed because he had information about Hernandez's possible involvement in the double homicide, sources told CBS Boston.

Citing a police report, CBS Springfield reports that Diaz-Ramos told police the gun named to a friend she would only refer to as "Chicago." She said friends of hers who were football players put the gun in the trunk.

Police also discovered a locked safe in the trunk and are awaiting a warrant to search it.

Diaz-Ramos was charged with firearms violations and released on $1,000 bail.

When a CBS Springfield reporter went to Diaz-Ramos' Bristol address, her mother said the woman didn't live there anymore. It's unclear what the connection may be between Diaz-Ramos and Hernandez beyond both of their ties to Bristol, Conn.