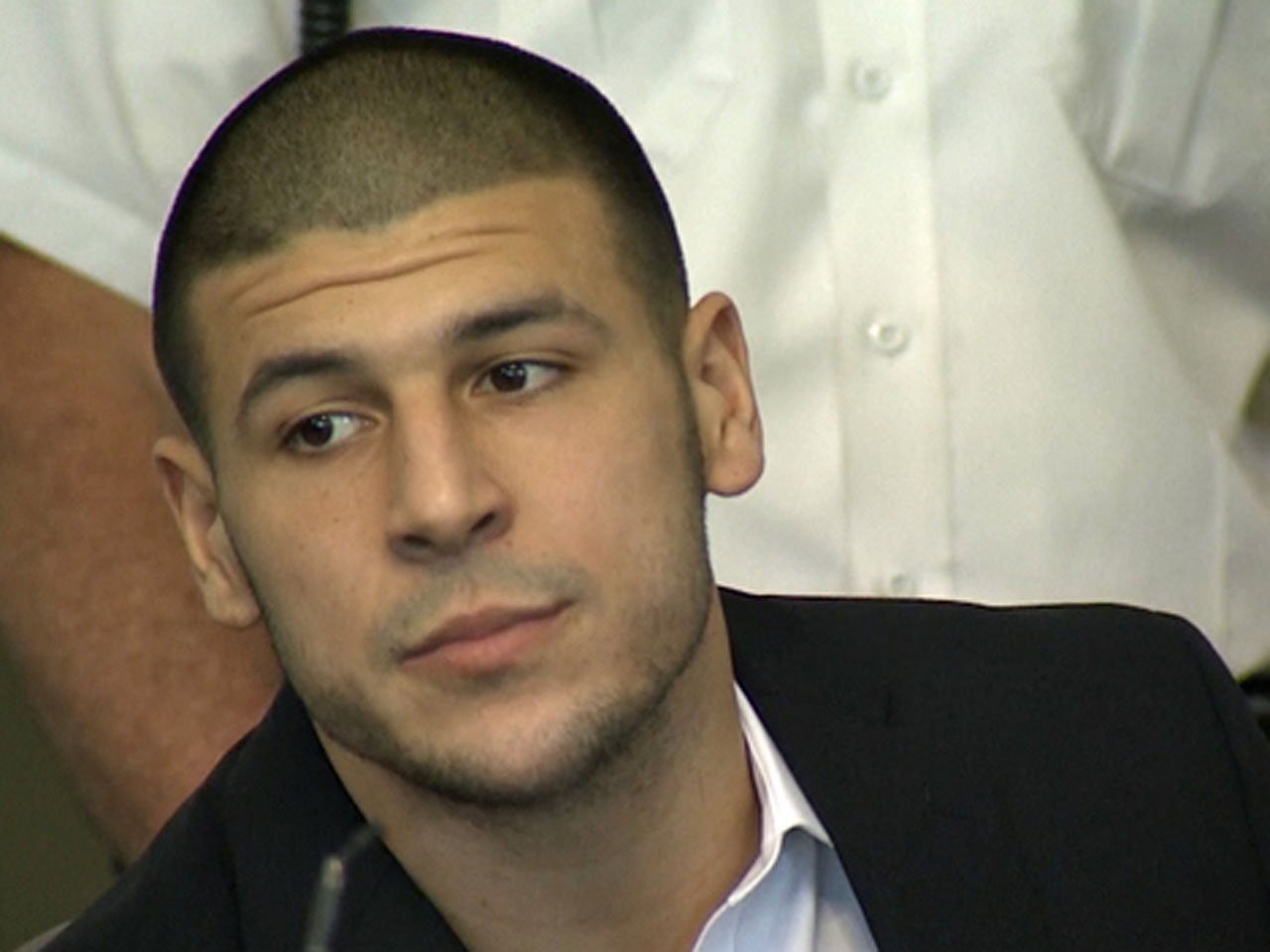 (CBS) FALL RIVER, Mass. - A probable cause hearing planned for Thursday in the Aaron Hernandez case was delayed after the case was transferred from Attleboro District Court tspao Fall River Superior Court.

The move was prompted by an indictment of the former New England Patriots star, which was handed down Thursday in the murder case of Boston semi-pro football player Odin Lloyd.

Hernandez, 23, has pleaded not guilty to murder in the death of the 27-year-old Lloyd, who was found fatally shot June 17 near Hernandez's Massachusetts home. He could face life in prison if convicted.

Hernandez appeared briefly in Attleboro District Court Thursday afternoon where a judge set a hearing for Aug. 30 in the superior court. The former NFL star wore a black suit with a white button-down shirt and appeared in good spirits as he laughed with a bailiff. Prior to exiting court, he turned to an individual in the court and mouthed, "I love you."The six-count indictment also contains weapons counts, according to the Fall River division of Bristol County Superior Court. The indictment was confirmed by Fall River Superior Court shortly before Hernandez was due back in court.

A judge last month granted a delay in the proceeding after prosecutors asked for more time to present evidence to a grand jury.

Prosecutors say Hernandez orchestrated Lloyd's killing because he was upset at him for talking to people Hernandez had problems with a few days earlier. Hernandez's lawyers say they are confident he'll be exonerated.

Hernandez is being held at a county jail without bail.

The indictment of Hernandez's cousin, Tanya Singleton, was also handed down Thursday. She faces a charge of contempt for refusing to appear in front of a grand jury in the investigation into Lloyd's death. Singleton faces arraignment on Friday.

Earlier this week, CBS Springfield reported police uncovered a gun they say was used in a 2012 double-murder in Boston, a crime police allege could be linked to Hernandez.

Citing a state police report, the station reported that police discovered the weapon in the car of Jailene Diaz-Ramos, 19, of Bristol, Conn., after she was involved in an accident June 21 on I-91 in Springfield, Mass.

According to the police report obtained by the affiliate, Diaz-Ramos told police that friends of hers who were football players put the gun in the trunk.

Diaz-Ramos was charged with firearms violations and released on $1,000 bail. It is unclear what the connection may be between Diaz-Ramos and Hernandez beyond both of their ties to Bristol.

Hernandez has not officially been named a suspect in the 2012 double-murder.