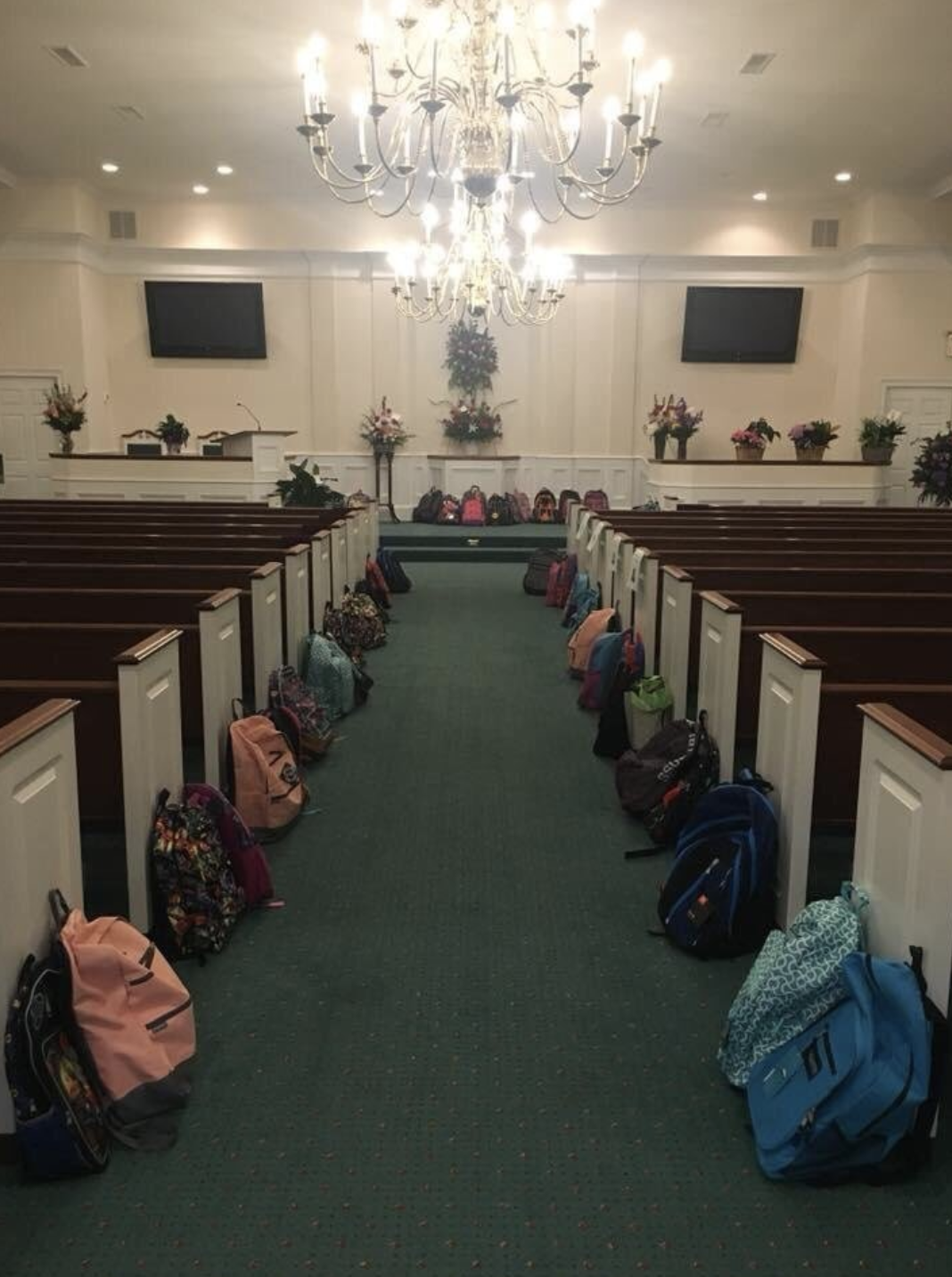 Tammy Waddell was truly a teacher until the end. The Forsyth County, Georgia, educator had one last wish for her funeral: instead of flowers, bring backpacks full of school supplies.

Waddell passed away from cancer last month, and her final request was met an outpouring of support, WXIA reports. Backpacks filled with supplies lined the pews during her funeral service. 100 teachers who had worked with Waddell throughout the years attended as special pallbearers. Their job: carry these donated supplies to students in need.

Waddell's cousin, Dr. Brad Johnson, shared photos from the funeral on Twitter, and they were seen by thousands of people.
"A teacher to the end," Johnson called his cousin.

An education organization as far away as the U.K. saw the photos and decided to help the cause. That group is sending even more backpacks across the pond to Forsyth County in Waddell's honor.

Like any good teacher, Waddell made an impact on people's lives. And she continued to do so even after her death.