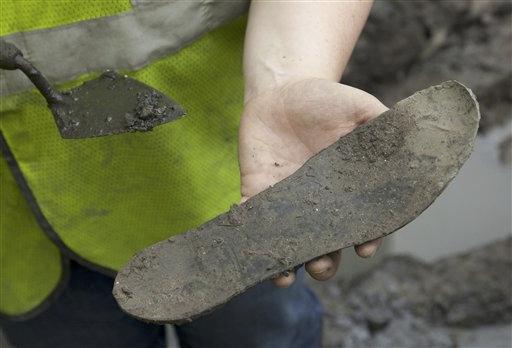 Out in the crowd listening to his Commander in Chief was a young Army officer, Lt. Jeffrey Adams, a soldier who lost his left leg in Iraq. A solider who told CBS News Correspondent Wyatt Andrews it was his privilege to be there.

"Why have you looked so forward to this?" Andrews asked.

"For this once in a lifetime experience for me, not just as solider but as an American to see this," Adams replied.

His road to the inauguration went first from Baton Rouge thru Baghdad. An engineer with the Louisiana National Guard, Adams was on patrol checking debris on the road.

Just yesterday, Lt. Adams tried his newly fitted prosthetic leg. In the fight to regain mobility this was his inauguration.

It was at Walter Reed where he heard of an extra ticket to the inauguration. Adams wanted that ticket and the donor, New Jersey businessman Fred Sbrilli, wanted to give it to a solider like Adams.

"Because someone has to say thanks to these people, more than just take care of them physically," Sbrilli said.

Why Lt. Adams was so eager to be here is striking. He believes this day -- when the people hand power to the president -- this is why he went to Iraq.

"We fight to have this freedom,'' Adams said. "And because I fought for it, now I get to see it happen and I am honored."

He's a reminder of who exactly we are sending to Iraq. A young officer grateful for this ritual of democracy that he helped provide at such a price.