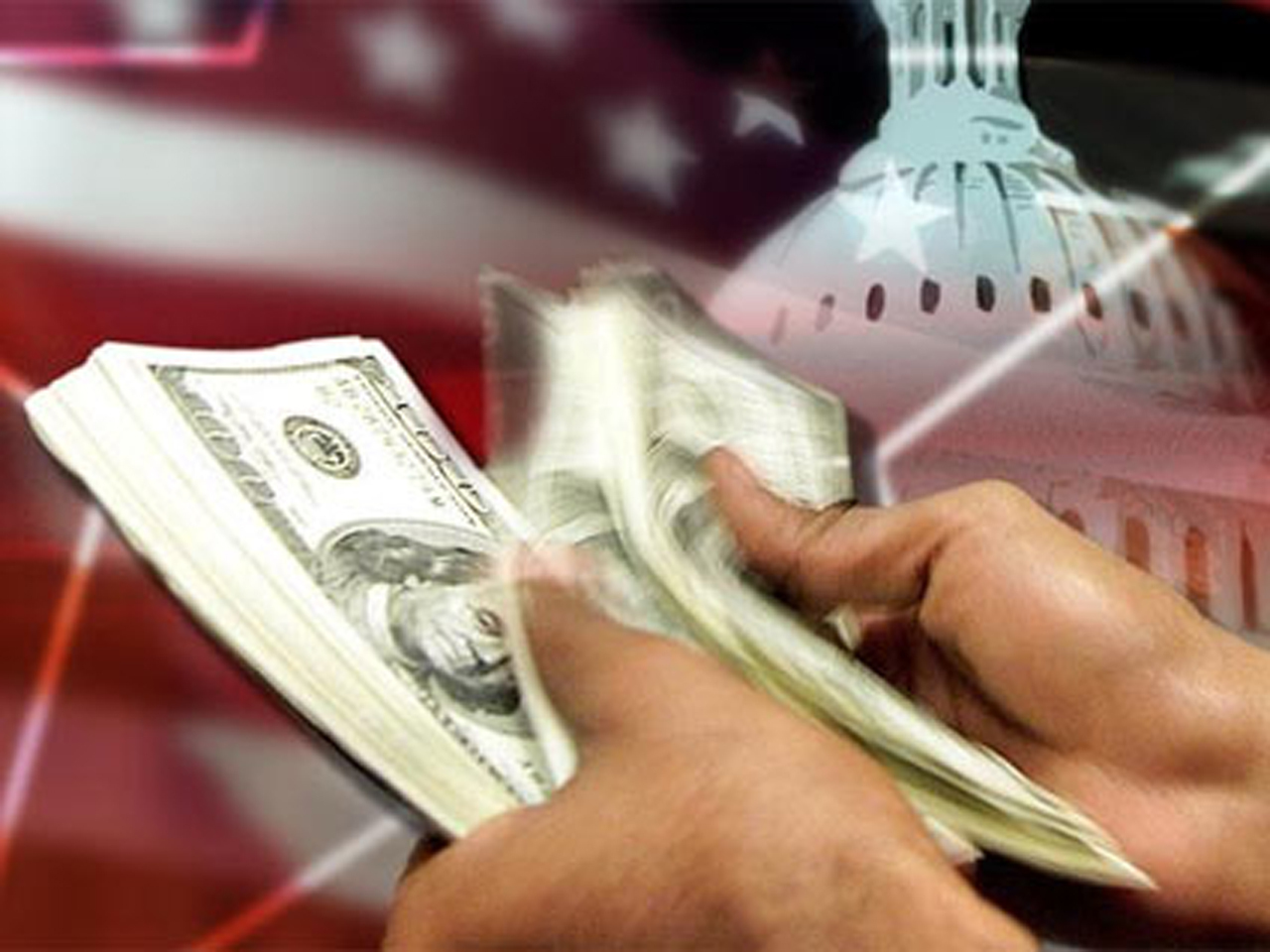 Mike McCabe, who tracks campaign spending for the Wisconsin Democracy Campaign predicts that when all the donations have been reported, the candidates and independent groups will have spent between $75 and $80 million on this race.

By comparison, in the 2010 Wisconsin gubernatorial race featuring the same two candidates, the total spending was $37.4 million, according to Wisconsin Democracy Campaign (WDC), an independent campaign funding watchdog. And there was only $6 million in spending by outside groups, according to the National Institute on Money in State Politics.

The spike in outside spending began last year, in the first round of recall elections, when 9 of the 33 Wisconsin state senators fought for their jobs. Outside groups spent $44 million.

With three weeks to go, as of May 21, the last disclosure deadline before recall election day, Walker had raised $30.5 million, while Tom Barrett had raised $3.9 million, according to public disclosure reports tallied by the Wisconsin Democracy Campaign.

The reason Walker could exceed the state's legal limit on donations of $10,000 per donor is due to a 1987 loophole (pushed by a former state legislator who later ran afoul of the law) providing an exception for any incumbent targeted by a recall.

As a result, Walker received-seven-figure donations from 3 of the nation's top 10 Super PAC donors as well as from Wisconsin's richest woman.

The donors bankrolling the 2012 super PACs

Wisconsin billionaire Diane Hendricks gave Walker $500,000. Hendricks, the largest donor from Wisconsin, is head of the nation's largest roofing and siding company ABC Supply. She is worth $2.2 billion and she ranks #188 on the Forbes 400.

Of $33.2 million spent by outside groups, according to WDC, $24.7 million from independent expenditure groups and $8.5 million from advocacy groups that run what are euphemistically called issue ads.

The top outside groups for Walker were: