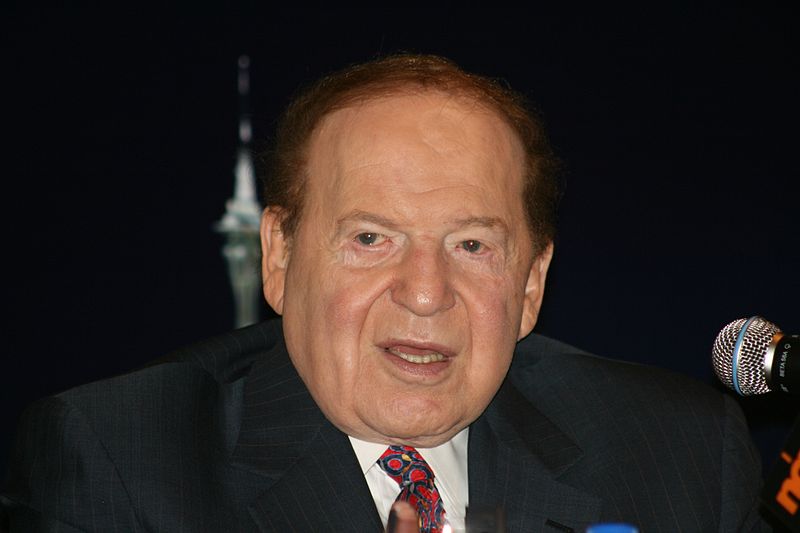 (CBS News) With the latest numbers on political fundraising, super PACs, the independent groups which are able to raise and spend unlimited amounts of cash, once again played a major role. CBS News tabulated who the biggest donors are and to which groups they gave.

1.Sheldon Adelson & family. Total: $26.5 million
Adelson is CEO of the Las Vegas Sands Corp.
Most of his family's donations, $21.5 million, have gone to the pro-Newt Gingrich Winning Our Future. Sheldon and his wife, Miriam, also gave $5 million in March 2012 to the Congressional Leadership Fund, which supports Republican candidates for the House of Representatives.

2. Harold Simmons/Contran. Total: $16.2 million
Simmons is CEO of Dallas-based holding company Contran Corp. and publicly traded Valhi.
Simmons and his wife and his company have given $12 million to the pro-Republican American Crossroads; $1.2 million to the pro-Rick Santorum Red White and Blue Fund; $1.1 million each the pro-Gingrich Winning Our Future and to Super PACs supporting Rick Perry; and $800,000 to the pro-Mitt Romney Restore Our Future.

3. Bob Perry. Total: $6.6 million
Perry is a Houston-based homebuilder and president of Perry Homes.
Perry has given $4 million to the pro-Romney Restore Our Future, more than any other donor. Perry also gave $2.5 million to American Crossroads and $100,000 to the pro-Perry Make Us Great Again.

4 (tie). Jerry Perenchio. Total: $2.6 million
Perenchio, from Los Angeles, is the former chairman of Univision Spanish language television and chairs the investment firm Chartwell Partners.
Perenchio has given $2 million to American Crossroads and $500,000 to the pro-Romney Restore Our Future. He also gave $100,000 to the pro-Jon Huntsman Our Destiny.

6 . William Dore. Total: $2.25 million
Dore is President of Dore Energy Corporation, in Louisiana.
Dore has given $2.25 million to the pro-Rick Santorum Red White and Blue Fund.

8. Foster Friess. Total: $2.1 million
Friess is a Wyoming-based founder of the investment firm Friess Associates.
Friess has given $2.1 million to the pro-Rick Santorum Red White and Blue Fund.

9. (tie) Robert Rowling. Total: $2 million
Rowling is president of the Texas investment firm, TRT Holdings, which owns Omni Hotels and Gold's Gyms. Rowling and his firm have given $2 million to American Crossroads.

Donors who have given more than $1M (2011-March 2012)
There are 30 donors who gave $1 million or more to super PACs this cycle. Here's how many million-dollar donors gave to each Super PAC:

$1 million donors for each super PAC:

Super PAC donors who are billionaires (2011-March 2012)
The following is a list of where 23 billionaire donors gave their money:

Billionaire donors for each super PAC:

PRO-ROMNEY BILLIONAIRES (net worth according to Forbes)