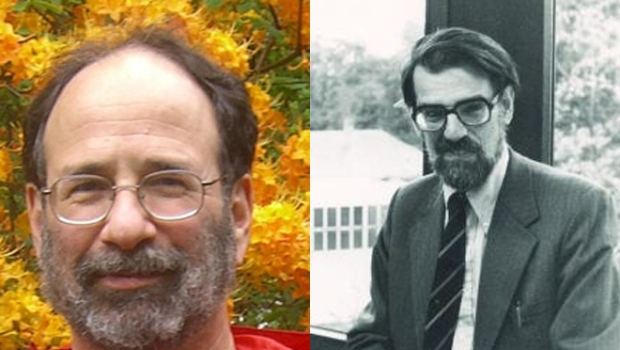 (MoneyWatch) The Nobel Prize in economics was recently awarded to Alvin Roth and Lloyd Shapley for their work on matching markets and mechanism design. What exactly do those terms mean, and why is their work important to people outside of economics?

In the textbook case when markets are perfectly competitive and prices are free to vary, the price-system produces an outcome that cannot be improved upon. But when substantial market failures are present, or when prices are restricted, missing or otherwise prevented from responding to changes in market conditions, markets can break down.

In matching markets -- which is any market where both sides care about who they are matched with -- an important market failure is known as "jumping the gun." To illustrate this failure, consider the problem of matching graduate students to graduate programs. In an unconstrained market, a common strategy is to try to make offers to the best candidates earlier than competitors do, and then give each candidates a short time until their offer expires to make a decision. This forces the candidate to choose between taking the offer or holding out for a better offer that may or may not come.

In this situation, many applicants will end up taking offers they would have rejected if they had full information about the offers they'd receive in the future. The result is that some of the best candidates end up at less than the best schools, and the best schools end up with less than the best candidates. In economic terms, this is inefficient since there are applicants and programs that would prefer to be matched to each other, but aren't.

And that's not the end of the problems. Each school will have an incentive to make offers before anyone else to try to be the first to grab the best applicants, and over time this leads to offers being made earlier and earlier. For example, as economist Alex Tabarrok notes in commenting on a prior inefficiency in the market for recently minted doctors, "Prior to the currently used National Residency Matching Program... hospitals were making offers to residents up to two years in advance!"

This jumping-the-gun behavior eventually causes the markets to break down, and in response participants usually agree to a centralized set of rules, with penalties for non-compliance, or to a centralized allocation system. At research universities, for example, by common agreement graduate students cannot be required to accept teaching or research assistant offers prior to April 15.

This can prevent the jumping-the-gun problem if the penalty for non-compliance is a sufficient deterrent, but unfortunately the resulting matches are not generally efficient -- better matches are possible.

Jumping the gun is not the only reason matching markets can fail. For example, the problem of matching kidney donors to recipients could be guided by a price system, and that would produce an efficient outcome under the proper market conditions. Because buying and selling organs is prohibited, one solution is a centralized allocation system that tries to match donors with patients. But once again this is not generally efficient.

Shapley's work, what is known as the "Gale-Shapley" algorithm in particular, is important because it overcomes these and other problems in matching markets. The algorithm uses a series of offers and rejections (which reveal valuations even when prices are absent from markets) to find a stable, efficient set of pairings -- there is no way to improve the outcome by changing the matches. In addition, the algorithm limits the ability of participants to manipulate the matching process in their favor.

Shapley's contribution was to provide the theoretical results. Roth recognized the importance of these results and found ways to apply them to the real world. This is the "mechanism design" part of the process. In particular, Roth found ways to use the Gale-Shapely algorithm, suitably adjusted for the particulars of each application, for problems such as matching doctors and hospitals and matching organ donors with patients; his work has also been used to match students to schools.

Thus, in contrast to much of the work in economics, Roth's work has had important impacts in the real world (Others also have applied these results even more broadly, so this is only a small sample of the total impact of this research.)

Macroeconomic theory has come under considerable criticism lately, much of it deserved, and economics more generally has been tainted by the performance of macroeconomists and their theories prior to and during the crisis. Some aspects of this criticism apply to both macro and micro, notably in challenging the assumption that agents are rational. But for the most part this has not been fair to microeconomists.

As this award shows, microeconomists have made many useful contributions to the world, and they have also had success in other real-world applications, such as auction theory. Hopefully this award will help those outside the profession understand that the world of economics is more than macro and highlight the important contributions from the microeconomics side of the profession that matter in our everyday lives.