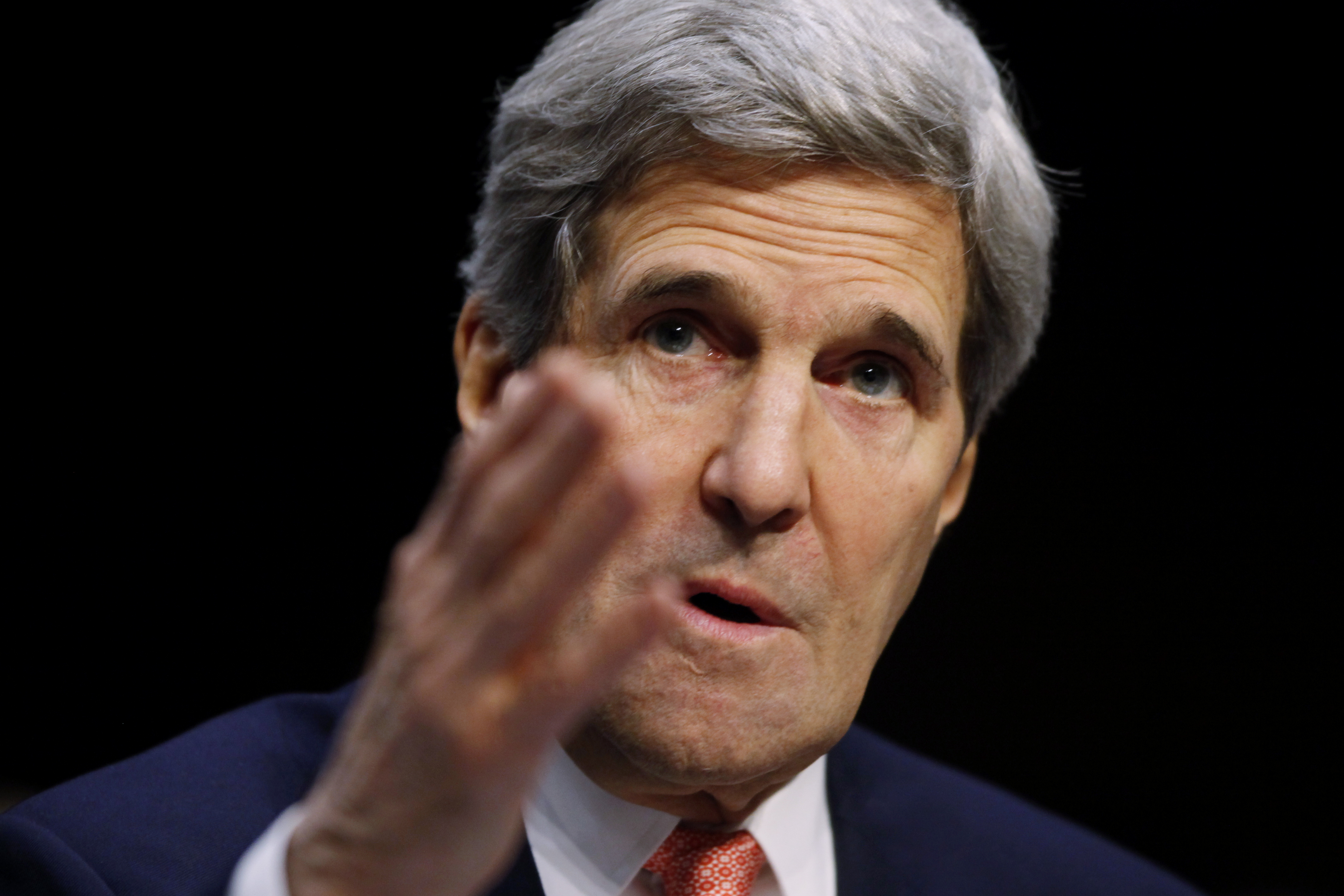 A Republican House chairman on Thursday issued a new subpoena for Secretary of State John Kerry to testify about the deadly 2012 attack in Benghazi, Libya, in an escalating fight with the Obama administration over its cooperation with Congress.

Rep. Darrell Issa, who heads the House Oversight and Government Reform Committee, said he had no choice as the State Department had failed to negotiate in good faith on an appropriate date for Kerry to testify. Earlier in the week, Issa had lifted a subpoena for a May 21 appearance amid ongoing discussions between the panel and the department.

Kerry is scheduled to travel to Mexico next week.

"Soon after I lifted the subpoena, the State Department back tracked - stating publicly that we should accept 'a more appropriate witness' and refusing to commit to making Secretary Kerry available," Issa said in a statement. "With this State Department's slippery tactics, it's no wonder our friends in the world are losing faith in us and our adversaries doubt our credibility."

The new subpoena calls for Kerry to testify on May 29. The State Department said Thursday that it has been in touch with the committee about resolving the issue of Kerry's testimony, but no new date has been set.

State Department Deputy Spokesperson Marie Harf said in a statement that they will continue to work with the committee on finding a date that works for Kerry but "This is now the second time in 14 days that the Secretary of State has been subpoenaed while traveling overseas representing the United States on urgent national security issues.

"This is not the way legitimate and responsible oversight is conducted, and it's a departure from the days when Rep. Issa himself once lamented that a Secretary of State should not be distracted from the work of national security to testify at the barrel of a subpoena."

On Tuesday, the State Department suggested that the House Oversight and Government Reform Committee may want to try finding a better person than Kerry to testify about the White House's response to the 2012 attack in Benghazi, Libya.

"Given the pressing foreign affairs issues that the Secretary is actively engaged on and the Committee's focus on document production issues, we would like to explore whether there are better means of addressing the Committee's interests, including through a more appropriate witness," State Department spokesperson Jen Psaki said in a statement.

Issa has insisted that Kerry explain to Congress why some emails and documents related to Benghazi were not provided to the committee, which has been conducting an ongoing investigation. A watchdog group, Judicial Watch, obtained the material through a lawsuit.

The Sept. 11, 2012 attack killed four Americans, including U.S. Ambassador Chris Stevens. It has been the subject of multiple independent, bipartisan and GOP inquiries, and House Republicans recently created an eighth probe by a select committee.

"Why are House Republicans putting the American people through this ongoing saga to nowhere?" said the California lawmaker, who is still weighing whether to appoint any Democrats to the select committee.

Cummings questioned whether Issa's action was an "attempt to reinsert himself into this investigation after the Speaker removed him," then added, "this looks more and more like the 'sideshow' and 'circus' Speaker Boehner said he would not tolerate."