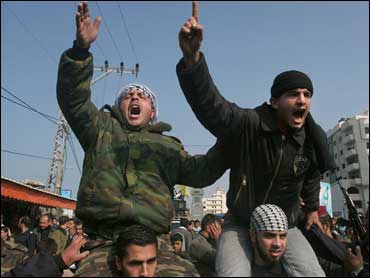 While fires devour Western forests at a record pace, and the South endures devastating drought and deadly heat waves, the Northeast muddles through one of the coolest, soggiest summers in memory.

Fourteen inches of rain fell on a New Jersey township in a half day last weekend. In the parched West, more than 80 major wildfires rage across 13 states; the summer-long inferno has killed eight firefighters and burned more than 4.5 million acres of forest and rangeland.

New York City had its coolest July since 1914, while triple-digit heat has killed scores of people in Texas and the Deep South. Large sections of the Southeast are beset by a prolonged drought, projected to be the costliest ever for Georgia farmers.

"We do live in an interesting place," said Jim Laver, deputy director of the National Weather Service's Climate Prediction Center. "The U.S. covers enough longitude, enough time zones; it has some of the most unusual and severe weather types of anywhere in the world."

Some of the extremes were anticipated, to a degree. Meteorologists had predicted another in a series of dry summers in the South as a spinoff from La Nina, the pool of unusually cool water that has dominated the Pacific Ocean for more than two years.

But Laver said the Northeast's sustained, cool dreariness one year after severe drought afflicted the region is more puzzling.

"We talk about it every day asking why this is happening," he said. "We'll figure it out eventually."

Some Northeasterners don't mind. Big-city commuters can jostle their way through August rush hours without breaking a sweat. Tanning-salon owners have savored the cloud cover.

"Eight straight days with no sun will do it," said James Young, general manager of Sun Capsule salon in South Windsor, Conn. "People need their sun."

But tourism throughout New England has suffered. Business is down at water parks, at kayak-rental shops and on the beaches of Cape Cod, New Hampshire and Maine.

New York City's average monthly temperature in July was 72.3 degrees, the fourth-coolest on record. Both Boston and New York went through July without the temperature reaching 90.

What a contrast with Georgia, suffering its third straight summer of severe drought, with rainfall since May 1998 at least 20 inches below normal. Home owners have been ordered to curtail lawn watering. The loss to farmers, including higher irrigation costs and ravaged crops, is projected at $740 million.

Most summers, thousands of Atlantans escape to Lake Lanier on weekends. This year, the lake is down nine feet and many beaches and coves have been closed.

Parts of Alabama are equally parched Henry County's rainfall deficit for this year is 24 inches. In Tuscaloosa Couty, welfare officials blame a lingering heat wave for an upsurge in abuse and neglect cases, and used-car salesman Pat Thompson said customers are reluctant to venture onto his lot's steamy pavement.

Mark Svoboda of the National Drought Mitigation Center in Lincoln, Neb., said the Southeast is experiencing "a real doozy of a drought" that might be broken only by a spate of tropical storms.

In Texas, more than 40 people have died since May from heat-related causes, and a state of disaster was declared for 195 drought-stricken counties. Last week, seeking to ensure that Texans don't lose their air conditioning, the Public Service Commission ordered utility companies to keep residential customers' power on all summer even if their payments are overdue.

Colorado, Nebraska, Kansas and Montana also have suffered summer drought, but much of the West is normally dry this season. The widespread wildfires, Laver suggested, are due to a combination of factors, including growth patterns in some of the forests and instances of "dry lightning" when an electrical storm triggers a fire without any accompanying rain.

"In an average year, 1.5 million acres of forest are burned, and we're well over 4 million now," Laver said.